You know all those times that you saw someone else’s child, and smiled at them, and they shyly hid away? Yeah, that’s racism

(The Blaze[1]) Audio and video[2] has emerged showing Indiana state Rep. Vanessa Summers (D-Indianapolis) going after one of her Republican colleague’s 18-month-old son in attempt to make a point about prejudice during a recent House floor debate over the state’s controversial “religious freedom bill.” 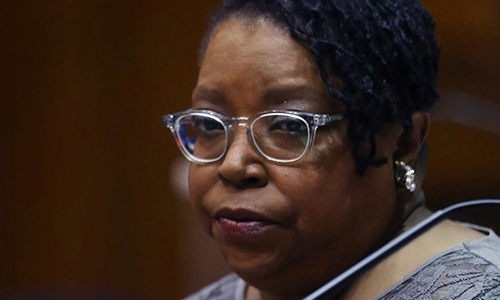 While making her case against the Religious Freedom Restoration Act earlier this week, Summers said of GOP Rep. Jud McMillin’s young son, “I love his little son, but he’s scared of me because of my color — and that’s horrible.”

Or, it could be that your an overbearing nutjob. But, mostly because kids are often shy around strangers

Lawmakers could be heard gasping and groaning at the comment.

“It’s true,” Summers said defiantly. “And that’s something we are going to work on. … I asked him please, ‘Introduce your child to some people of color so he won’t live his life as a prejudice person.’ I would like for you all to not vote for this bill.”

Maybe the child could smell the stench of political corruption and insanity.

Even after the hearing, Summers stood by her comments about her colleague’s son displaying racist behavior.

“He looked at me like I was a monster and turned around and cried. And I told him you need to introduce your child to some people that are dark-skinned so he will not be scared,” she told the Indy Star[4].

Someone needs to get over herself. The fact that she used a colleagues child in her diatribe shows that she’s a vicious person.

McMillan, who is white, rushed in to defend his son from the “unfortunate” comments, saying, “if he reacted the same way he reacts with anybody brand new, he buries his head in his dad’s shoulder.”

He reacted like so many kids? The hell you say! Should McMillan even have to “defend” an 18 month old child? Of course not. But, Democrats have no problem going after kids if it benefits them politically. The racism is in Summer’s head, not the child’s.