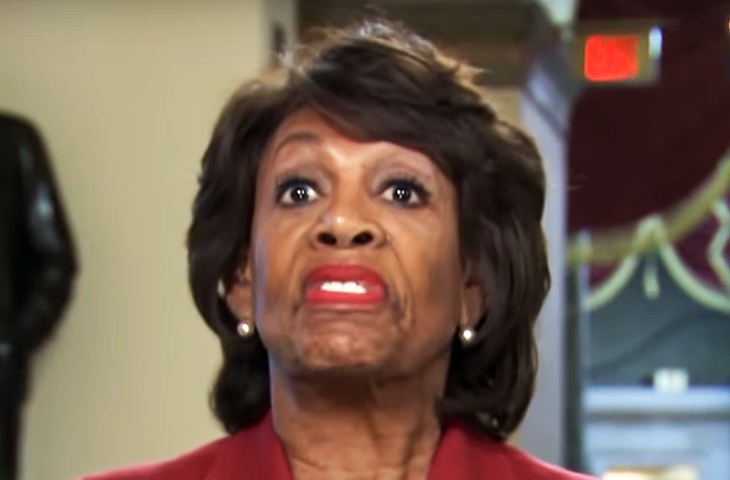 QUICK! Eulogy, or campaign speech? “I’ve got work to do. I’m cleaning out the White House.”

If you guess eulogy, you might be a Democrat. You might just be Maxine Waters, who at a funeral for her friend, she decided to use the podium not to say nice things about the dearly departed, but to complain about Trump. Trump, who lives rent-free in the heads of Democrats, now even invades their thoughts of sorrow when their friends die.

This happened during the funeral of comedian Dick Gregory, who was an activist in the 60s as a civil rights promoter and Vietnam protester. He started his career as a comedian where he performed at segregated clubs to black audiences until 1961.

Maxine, at his funeral, stated: “We’re going to sanitize the White House! We’re not going to take what is happening in this country!”

Gregory died of heart failure this August at the age of 84, leaving behind his wife Lillian and their 11 children, of whom he was criticized for being an absent father.

Maxine continued: “And then along comes this person… This dishonorable human being who will lie at the drop of a hat.”

Gregory was born in Missouri and first experienced a racially motivated attack when he accidentally touched a white woman’s leg while shining her shoes when he was nine years-old. He later earned a track scholarship to Southern Illinois University.

After serving two years in the U.S. Army, Gregory moved to Chicago where he performed as a comedian while working in the U.S. Postal Service.

Maxine: “This dishonorable human being who has the alt-right, and the KKK and everybody else inside his Cabinet.”

After being spotted by Hugh Hefner, Gregory turned down several invitations to perform on the Tonight Show Starring Jack Paar, citing that black comics were not given the post-performance couch interview that the white comedians enjoyed. Paar later agreed to that interview and Gregory was the first black comedian to be treated the same as a white comedian on that show.

His career went on for decades in left-wing politics and in the civil rights movement, but what was really important for Waters was to make this point about Trump at Gregory’s funeral:

“When I get through with Donald Trump, he’s going to wish he had been impeached!”

Maxine recently called the White House the “White Supremacist House,[2]” and is being challenged by GOP candidate Omar Navarro[3] for her seat in the 2018 election.

You can watch the two minute highlight of her eulogy where she ignores the life of her friend to make her own case against that evil Trump in the Oval Office.