Today’s example of why government unions should be outlawed is a union chief who ostensibly “works” for the people of New York. He has a grueling two-hour-a-day “work” schedule and spends that time eating lunch, then sleeping.

He’s a real life union fat cat, a perfect example of why government unions should be illegal, and the poster boy for union scumbaggery. He’s the 400-pound Mark Rosenthal, the presidaent of Local 983 of District Council 37–New York’s largest blue-collar municipal-workers union–who earns $156,000 a year in New York’s tax dollars.

Take a look at these photos showing Rosenthal hard at “work”: 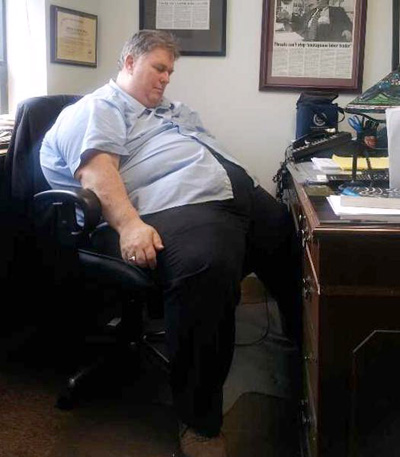 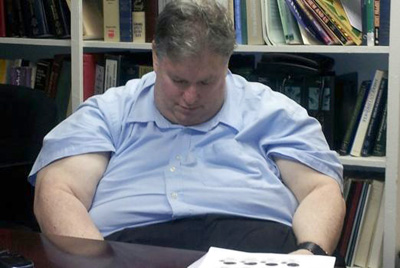 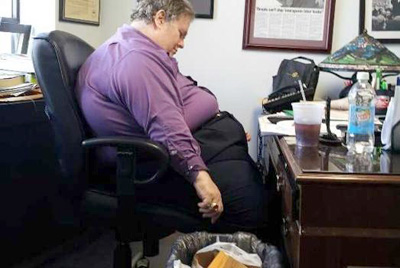 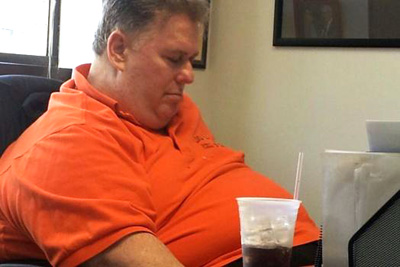 The New York Post reports[1] that Rosenthal comes in at two, eats his lunch, takes a nap, then goes home at 4PM to “beat the traffic.”

Every day he uses union funds to buy oversized lunch orders, the leftovers of which he takes home to eat everyday.

Naturally this cretin claims he’s the victim of a “smear campaign.”

But, let’s face it, this guy is what government unions look like. Folks, while you are slaving away, paying taxes, or even finding yourself out of work, these union thieves are sponging off your tax dollars, doing little to nothing for you, and retiring at a young age to enjoy decades of an easy retirement on your dime.

Liberal hero, President Franklin Delano Roosevelt, thought that government unions were a terrible idea[2]. He was right. They should be outlawed and this morbidly obese Rosenthal is a perfect example of why.

This man is stealing from New York every day he is employed.