This is just outrageous and reprehensible.[1] The Democrats have come up with a new meme in the wake of the horrific terrorist attack in San Bernardino, California this week. Rep. Jackie Speier of San Francisco has announced she will boycott any moment of silence for the victims of the terrorist attack. She says she will not give a moment of silence when they should be doing something. It’s a direct attack on prayer and Christianity, right after they started going for the guns again. This follows an attack in one of the most gun-restrictive states in the Union. The new left-wing talking point has been making the rounds and was bolstered by the New York Daily News, where I first saw it. They were attacking Ted Cruz, Rand Paul and others for holding a moment of silence for the dead – just how callous can you get? 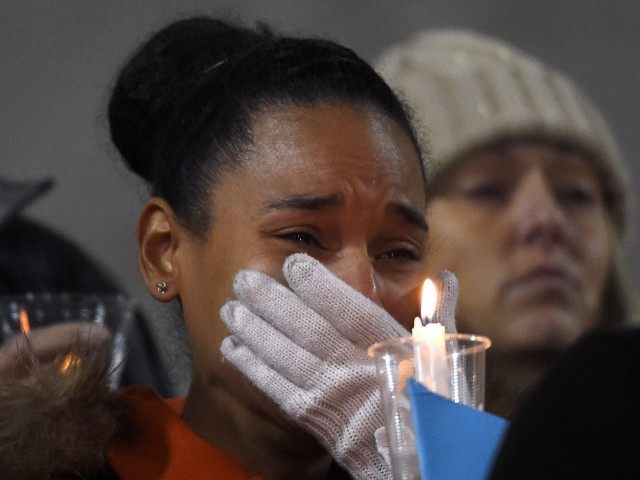 Rep. Jackie Speier (D-CA), who represents southern San Francisco and San Mateo County, has announced that she will boycott any moments of silence for the victims of the San Bernardino terror attack, reinforcing a new left-wing talking point.

“I’m not going to stand up for a moment of silence again and then watch us do nothing. It’s hypocritical and it speaks to our impotence that we think that it’s good enough to just take out one minute and pray for the lives,” she said, according to the Los Angeles Times.

Speier’s pledge echoes a new attack on prayer, pushed by left-wing pundits on Wednesday as the attack unfolded, and reflected in Thursday’s lead headline at the New York Daily News: “God Isn’t Fixing This.”

The meme emerged while the left was still trying to blame the terror attack in San Bernardino on the availability of guns–in the most restrictive state for firearms ownership–as the mainstream media theorized that the attack was being carried out by white right-wing militiamen, and not radical Islamic jihadists.

The idea is that those who sent “thoughts and prayers” to the victims and to law enforcement during the attack, instead of calling for immediate gun control legislation, are complicit in the murder.

“The families of those who have died don’t want our one minute of silence. They want some assurance that this kind of conduct is not going to be sanctioned in this country moving forward,” Speier said. “I’ve had it. I have had it with inaction. I’ve had it with the sense that it’s OK that we not act.”

Speier herself was shot five times during the Jonestown Massacre of 1978, when she was a legal aide to Rep. Leo Ryan, who had gone to the jungle in Guyana as part of a fact-finding mission to investigate the Peoples Temple leftist cult. As they attempted to leave at a nearby airstrip, Ryan and his delegation were attacked, while hundreds of people at the campsite committed suicide by drinking poison (the origin of the phrase “drinking the Kool-Aid”).

A moment of silence is not meant to ‘do’ something. It is a moment of respect and remembrance for the fallen. It is a chance to say a silent prayer to God to watch over those they have left behind. It is very American and speaks of our faith in God. Their message is shame on Christians for praying to their Sky God when they could be demanding gun confiscation. Terrorism, killing and the chaos that ensues is the direct result of liberal policies like gun control. They are complicit in these murders and have blood on their hands over it. Rather than working on fixing the catastrophe, they look for others to blame and a way to benefit from the situation. It’s just plain evil. The only action the leftists want is doing away with the Second Amendment and this is a crisis they want to fully utilize to do just that. Shame on the Democrats. This is truly who they are.