People say that the minimum wage isn’t going to cost jobs if it’s raised, despite seeing jobs literally being deleted from companies after they are forced to raise the minimum wage to $15… these people have a very bad sense of reality and well…selective ignorance.[1] 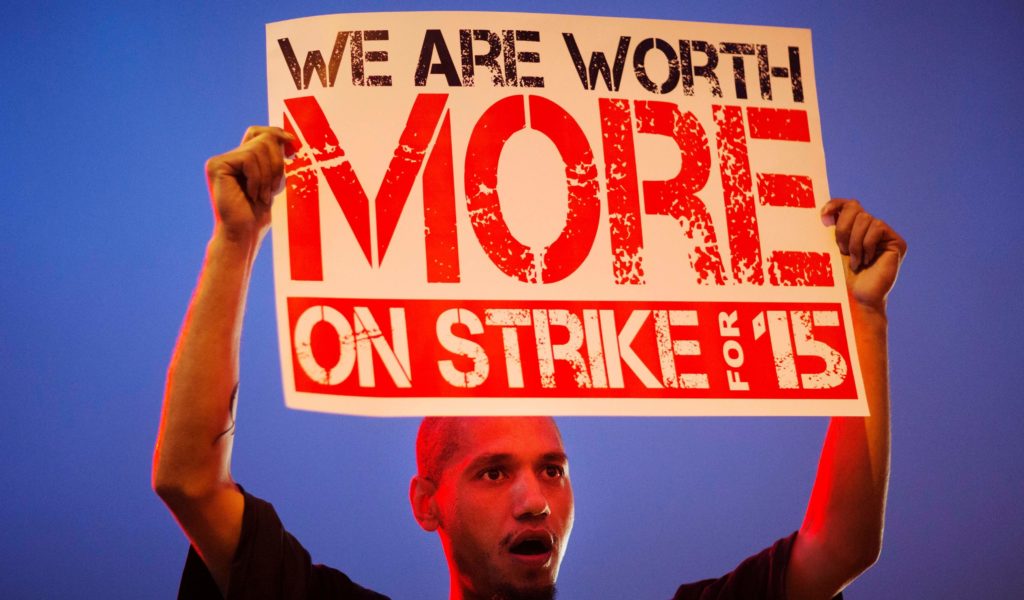 As nutty as a $15 minimum wage is, the problem goes further than just that. If these crazies truly believe that raising the minimum wage will have no negative impact, then what is to stop them from taking it even further and trying to raise it even more?

Heck..why not turn that ‘living wage’ into an upper-class wage and make it $50 dollars an hour? It’s disgusting to think about…I know.

You would think they would realize there does come a point where the opponents to their opinion have a point in that the minimum wage will in fact cause job losses, even if they choose to disagree about the dollar value. However, in this day and age and brain sickness that’s been plaguing our nation since Obama’s America…I wouldn’t bet on it.

Sadly for these people, the reality isn’t going to be kind to the prospects of a $15 minimum wage. There are studies predicting the consequences, but do we even need them to calculate common sense?

Well last week, Baltimore Mayor Catherine Pugh who is a liberal, actually reversed her position on the matter. This is what we know…

Standing behind a podium emblazoned with her city’s logo, last week Baltimore Mayor Catherine Pugh, a liberal Democrat, reversed her position on increasing the minimum wage and announced her decision to veto legislation that would raise it.

In a union questionnaire signed during her campaign for mayor, however, Pugh addressed the very initiative she would come to reject, writing at the time, “I am aware of the current initiative to raise the minimum wage in the City Council to $15 per hour and when it reaches my desk I will sign it.

BUT actually it did…and she did not.

Just short of four months into her term as mayor, Pugh took to the podium on Mar. 24 to explain her unmistakable flip-flop in the same language routinely deployed by fiscal conservatives. Like watching Margaret Thatcher’s words come from Meryl Streep’s mouth, Pugh’s meek, and uncomfortable, recitation of her opponents’ talking points was transfixing.

Hiking the minimum wage, Pugh explained, would cause employers to flee the city and result in a loss of job opportunities available to Baltimoreans. Given the “economic impact” of the policy, she asserted it was “not appropriate at this time” to implement it.

Okay that’s a start, right? No?

Well, at the very least, good for her for admitting that she was wrong and actually looking into the evidence of that wrong, despite it not being the politically popular opinion on her turf.

There are going to be an awful lot of upset people. However…at least they will not be upset AND unemployed after being let go from their starter jobs…