Democrats HATE discrimination, except when they don’t. You see, for a party that preaches tolerance, love, peace and all that warm fuzzy stuff, they sure have a deep-seated desire to form their own “Mean Girls” style club.

A Democratic National Committee official was recently caught on the record as saying that she doesn’t want cisgender, straight, white men having a role in the Democratic party leadership.

Yes, because you want to pander to small percentages of the total population that won’t be enough to get you elected, so you can complain about how “racist” everyone else is for not wanting Democrats in office. Meanwhile, you’re alienating your blue collar, working-class base in favor of virtue-signalling. 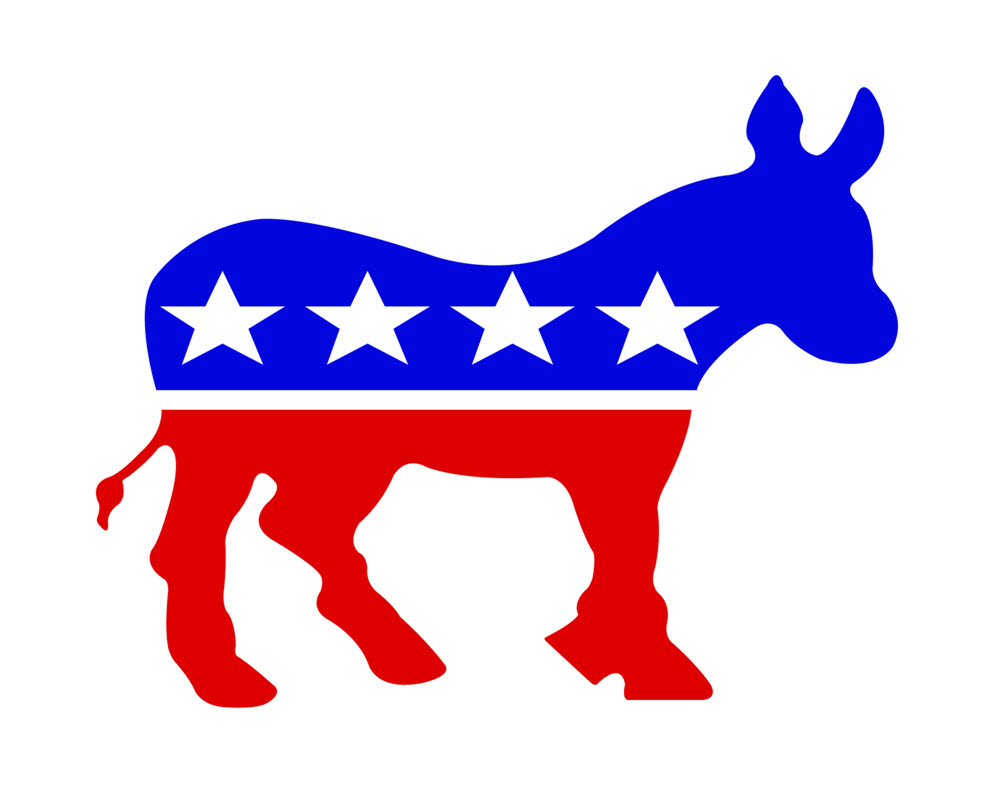 In an email sent out to DNC insiders on Monday, Madeleine Leader expresses her desire to fill the Democratic Party with “diverse voices and live experiences.” You know, except from white guys. 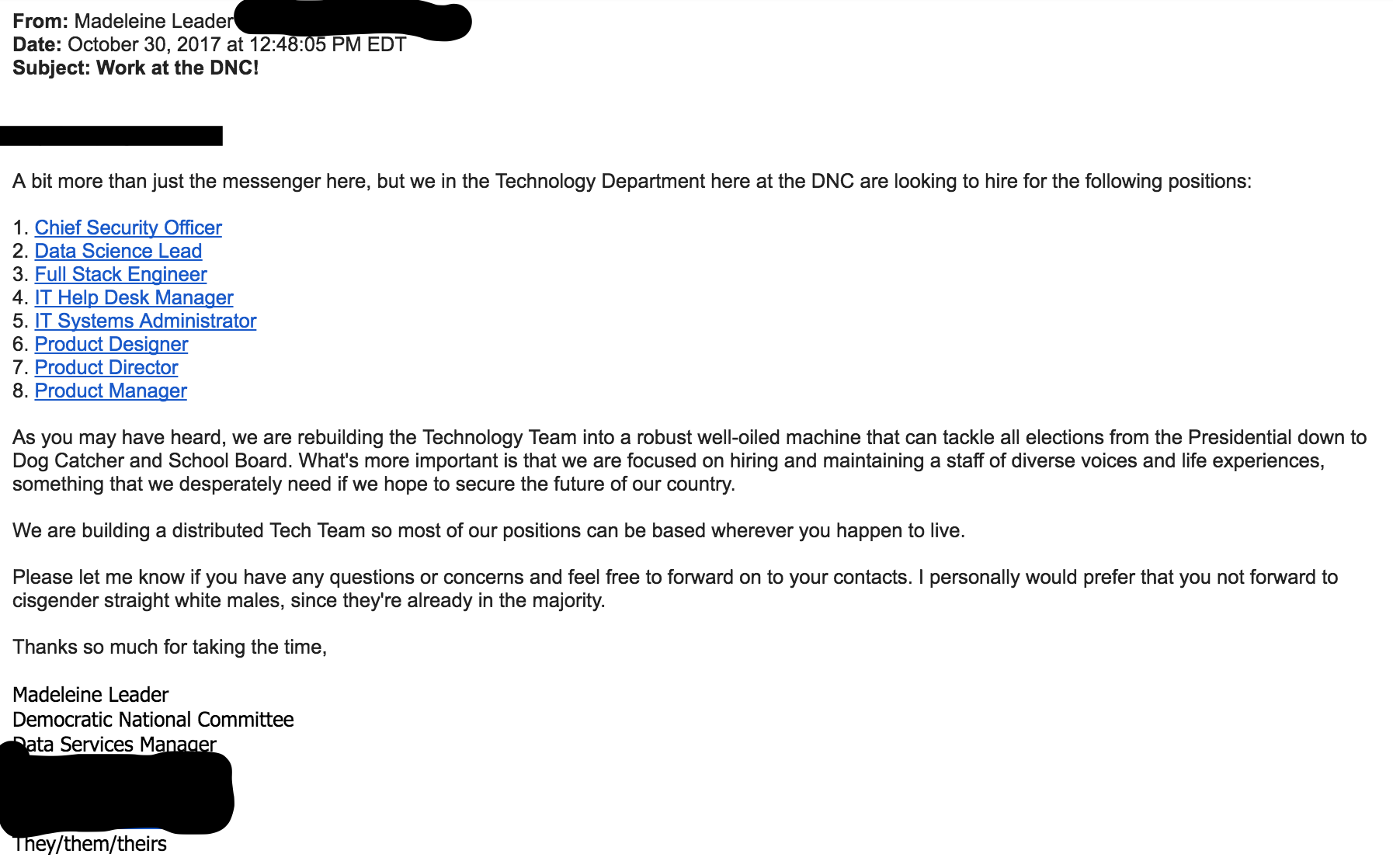 For those of you who don’t want to read the whole thing and subject themselves to what may possibly lead to a stroke, allow me to point out the most important part of this exchange.

“I personally would prefer that you not forward to cisgender straight while males, since they’re already in the majority.”

Yes, apparently being the way God made you exempts you from representation in the Democratic Party. Isn’t that sweet?

An anonymous DNC source responded to the email in a statement.

“Clearly the DNC is doubling down on a failed strategy that has alienated staffers and voters alike,” they said. “We want to be judged based on the quality of our work, not on identity politics. How can we trust the leadership of the DNC if they don’t even trust us?”

The DNC is not a meritocracy, they want to reward people for being a “minority” and nothing else. It doesn’t matter if you can do the work of three people, come in early, stay late, bring in donuts on Fridays and take your boss’ car to the car wash, if you’re a white dude who likes women and identifies as the gender you were born with, “you can’t sit with us.”