Democrat Official FIRED For Wishing Scalise DEAD: ‘I am Glad He Got Shot’

Editor’s Note: This article contains coarse language that some may find offensive.

In the aftermath of the Scalise shooting, many Democrats and progressives – including those in positions of power – have said horrific and vile things about Republicans in general and Scalise specifically. Their hatred stems from political differences and the beliefs that anyone who doesn’t agree with your way of doing things is irredeemably evil and needs to be eradicated.

So, it should be no surprise that these things are being said, or that Nebraska Democratic Official Phil Montag called the injured Scalise a “motherf*****” and wished he had died as a result of the shooting. This is simply what we’ve come to expect from liberals and progressives. 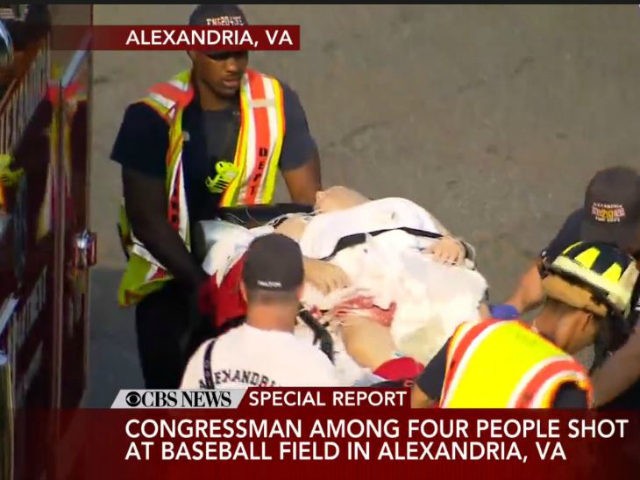 Montag was the co-chair of the Nebraska Democratic Party’s technology committee and was removed from his position after being caught on video[2] saying that he wished Representative Steve Scalise had been killed.

Chairwoman Jane Kleeb was alerted to the comments made by Montag, and she took immediate action, removing him from his position. She then issued a statement[3] on the incident.

“As soon as I heard it, I sent it to the (party) officers and then sent an email to Phil Montag informing him I am removing him from his appointed position as Co-Chair of the Technology Committee. Wishing a Member of Congress or any individual dead is disgusting and has no place in our party.”

Taking her concern a step further, Kleeb also reported the comments to the police, believing that there may be reason to believe that they constitute a threat.

Naturally, Montag denied that he wished any ill-will toward the Representative and claims that his comments were taken out of context[4]. For the record, I don’t know how much context “I wish he was f****** dead” needs, but what do I know?

“Like every decent American I am saddened and horrified by the shooting of Congressman Scalise. I do not and did not wish for his death. I am hopeful that the entirety of the original, unedited recording will emerge so we can get to the truth of the matter.”

I’m glad that the Democratic Party of Nebraska took this matter seriously and acted quickly to distance themselves from this extremist rhetoric. We need more of that in American politics.