I love how Democrats are trying to find literally any little thing to throw at the impeachment wall, praying to a God they booed at their convention that it sticks. It would be comical if it wasn’t so darn sad.

Trump’s comments in regards to the NFL. 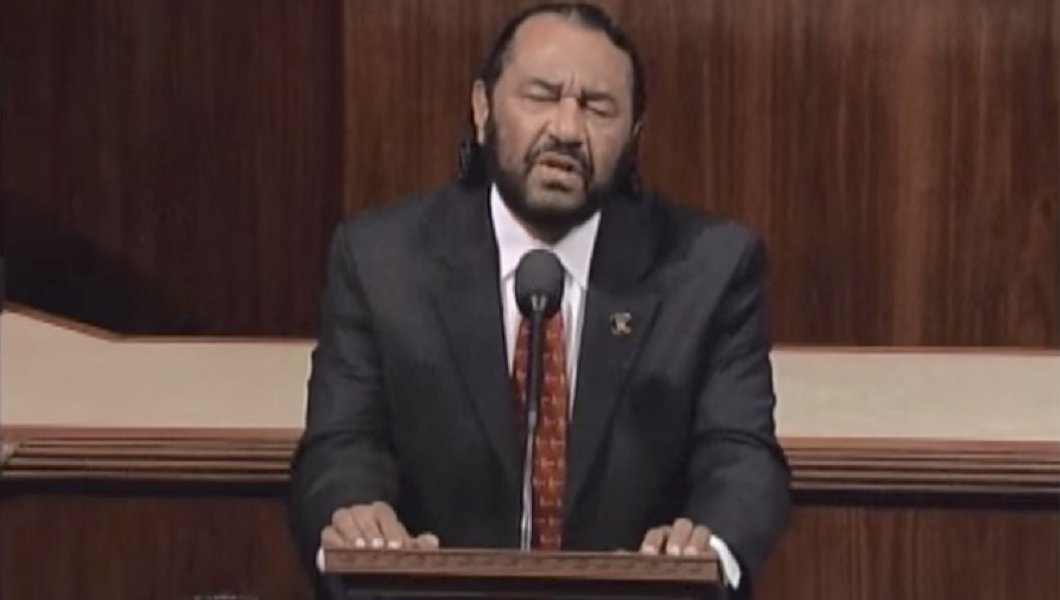 He claims that he plans to force a vote in the House at some point next week to impeach President Trump because he thinks that Trump’s comments about NFL players who kneel during the National Anthem are mean.

And that’s when he called for the President’s impeachment. To raucous laughter, I hope.

[email protected][2] announces next week "I will call for the impeachment of the President of the United States of America." pic.twitter.com/MuQnkRFIqq[3]

Can we stop pretending that everything Trump does is worthy of impeachment? Please? This is getting exhausting.

Like everything else liberals do and say, this is indicative of what I affectionately call the “boy who cried wolf syndrome,” where they scream “RACISM,” “SEXISM” and “IMPEACHMENT” at the top of their lungs and eventually it will water down the meaning of the word until people ignore it. Then, when there is actual racism, sexism and impeachment-worthy offenses, people will roll their eyes and stop listening. It’s not effective and it’s actually making it easier for people to get away with atrocious behavior. Sounds counter-intuitive on its face, but it’s the truth.

Liberals need to stop pretending that everything is a crisis and needs to be put down like a rabid dog. It can’t be good for your heart to keep up that level of outrage at all hours.