Democrats Demanding ‘Bump Stock’ Was The Problem In Vegas – Did They Know OBAMA Approved It? [VIDEO] 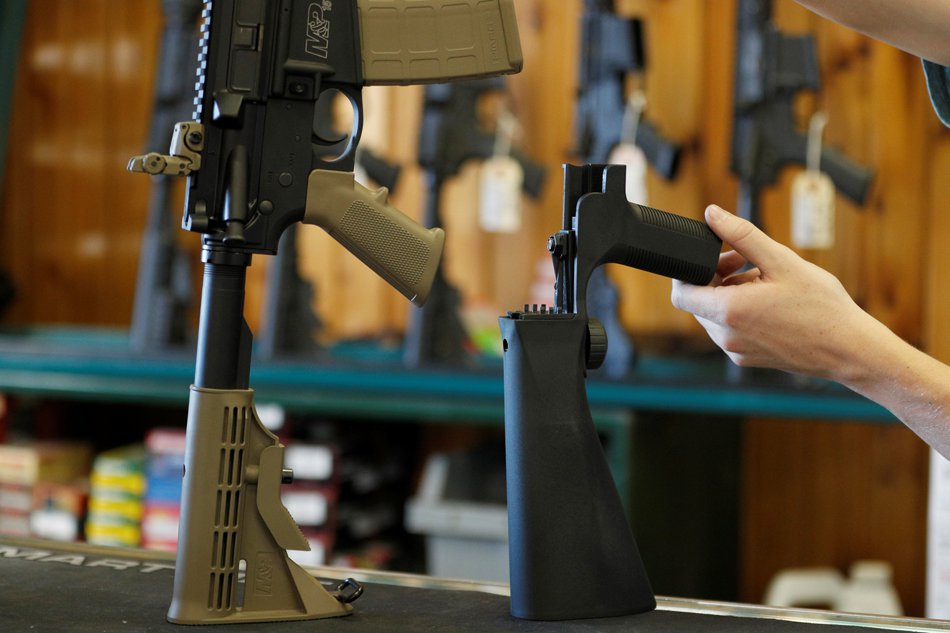 The “goofy, little doodad” known as a bump stock, approved under the Obama administration, was used by Stephen Paddock to modify his AR-15s. And of course, the left is in an uproar. They don’t understand how the “doodad” works and they have no awareness that it’s only legal because of Obama.

A bump stock replaces a regular stock on a semi-automatic that increases the rate of fire without permanently or mechanically modifying the firearm.  The bump stock allows you to keep your finger pressure on the trigger because it acts to bump the gun forward back into your finger. This allows for the fastest possible rate of fire, all without having to manually trigger the gun.

Here’s a four-minute video from Chaos311Clarity explaining its use on an AR-15 with plenty of footage showing it in action. I’m getting sympathy shoulder bruises just from looking at it in action.

Back in 2010, the Bureau of Alcohol, Tobacco, Firearms and Explosives gave an opinion that approved for the bump stock to be sold as an after market accessory. At the time, Rick Vasquez was the firearms official who was the first to sign off on a recommendation against regulating the devices who called it a “goofy, little doodad.” His reasoning was that since the stock did not alter the gun’s triggering mechanism, it did not infringe on the ban against selling machine guns made after 1986. Similar aftermarket failures tried to modify the trigger with springs or electric currents, but the bump stock only uses recoil.

Some of my early confusion on watching the footage from concert-goers of Paddock shooting into the crowd sounded like he was using a fully automatic, but really he was using AR-15s with a bump stock that sounded like a fully automatic. Bump stocks can be had for about $100, which is a fair bit cheaper than the cost of buying a black market fully automatic. Police found 12 guns modified with the bump stock and photos that emerged from the crime scene also show magazines neatly stacked far away from the windows.

With the bump stock, you can fire off 100 rounds in 7 seconds. From my estimates watching the videos of Paddock, he shot for no longer than in 8 second bursts.

And now, Senator Diane Feinstein is introducing a bill to ban bump stocks. Her bill is all-encompassing (emphasis mine):

“It shall be unlawful for any person to import, sell, manufacture, transfer or possess, in or affecting interstate or foreign commerce, a trigger crank, a bump-fire device or any part, combination of parts, component, device, attachment or accessory that is designed or functions to accelerate the rate of fire of a semiautomatic rifle but not convert the semiautomatic rifle into a machine gun.

Maybe you should’ve complained to Obama about them back in 2010.