This is a sure sign of desperation. Democrats are so afraid that Hillary Clinton is damaged goods that some party bigwigs are now trying to convince Al Gore to run for the 2016 nomination. 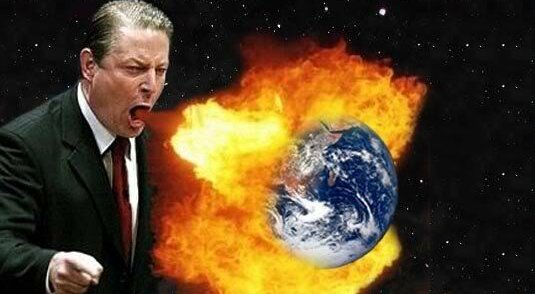 First of all, we see a piece by Fox News’ Chris Stirewalt showing that Hillary Clinton is doing poorly in polling in six key swing states[1]. Hillary is looked upon as a liar that no one, even Democrats, can trust.

So, now that leads us to insiders trying to convince Al Gore to run again[2]…

Supporters of Al Gore have begun a round of conversations among themselves and with the former vice president about his running for president in 2016, the latest sign that top Democrats have serious doubts that Hillary Clinton is a sure thing.

Gore, 67, won the popular vote in the 2000 election and has been mentioned as a possible candidate in every contested Democratic primary since then. He instead spent much of the 2000s focused on environmental campaigning and business ventures. He has largely slipped out of public view in more recent years.

But in recent days, “they’re getting the old gang together,” a senior Democrat told BuzzFeed News.

“They’re figuring out if there’s a path financially and politically,” the Democrat said. “It feels more real than it has in the past months.”

The senior Democrat and other sources cautioned not to overstate Gore’s interest. He has not made any formal or informal moves toward running, or even met with his political advisers about a potential run.

Pleading for the wooden, boring, wonky, no-personality Gore to run? Now THAT is desperate.

And think of the other two names that seem to be most favored by the left. Socialist Bernie Sanders and or all people Joe “the dunce” Biden!? THESE are the people the Democrats have to run? Talk about the weakest of weak benches.