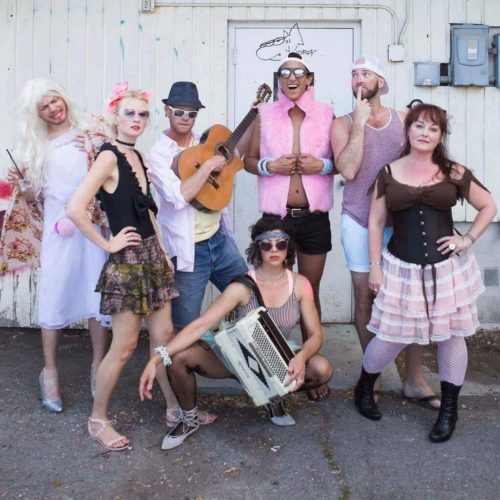 In a Montana special election to fill the congressional seat vacated by Ryan Zinke, the Democrats are pulling out all the stops and cranking up the sleaze[2]. The Flathead County Democrat Party has obtained the services of a local theater and its raunchy show, “Wet Hot Amurican Mess,” as a fundraiser for the election of their candidate Rob Quist.

The event is described as a “one night only extra-special, purely political cabaret show to raise money and awareness to promote and champion progressive values. The show is silly, sexy, smart, and very adult.”

And by adult, we mean sleazy and immature. Of course, from the political party of Bill and Monica, and Anthony “sexting a teen girl” Weiner, this is no surprise. Even the raunchy show’s name is vulgar.

Viscosity Theatre, the company which performs the show, is known for its “silly, ridiculous and raunchy” vignettes, such as the song, “Proud to be a Homosexual,” a satire of “Proud to be an American.” (Video below)

Rob Quist and his campaign are not participating personally in the raunchy show. But no doubt they’ll enjoy the monetary spoils of it. And by the way, Mr. Quist has apparently not paid his taxes in 10 years. If character is an issue in this election, and it should be, he doesn’t have it. He’s a tax evader and the beneficiary of a sleazy show. That does not sound like the kind of guy Montana really wants in office.