Wow… it’s even worse than I thought for the Hildabeast.[1] Looks like the Dems’ anointed one is not a sure thing after all. Hillary Clinton’s support has virtually collapsed. Trotting out Chelsea and peddling Billy-boy seem to have hurt her far more than they’ve helped. And every time she goes out there and opens her lying mouth, her polls drop. She’s losing to an old, white perverted socialist. Bernie Sanders was not supposed to be a contender at all, but look at these charts. She’s in a political nose dive with no parachute. Unless they rig the election or Satan himself intervenes, Hillary will crash and burn. I didn’t think it was possible. This time around the media has defected to Sanders. Hillary doesn’t even have them anymore and the Democratic Party is fresh out of props for Clinton. 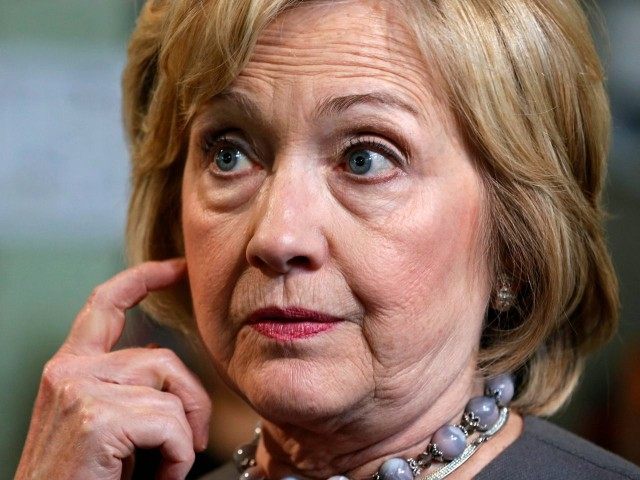 In fact, nationally and in New Hampshire, things are actually worse for Hillary than they were in 2008[5]: 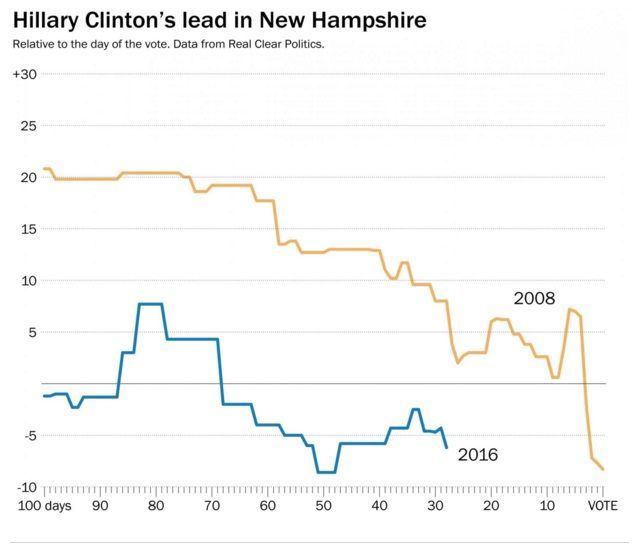 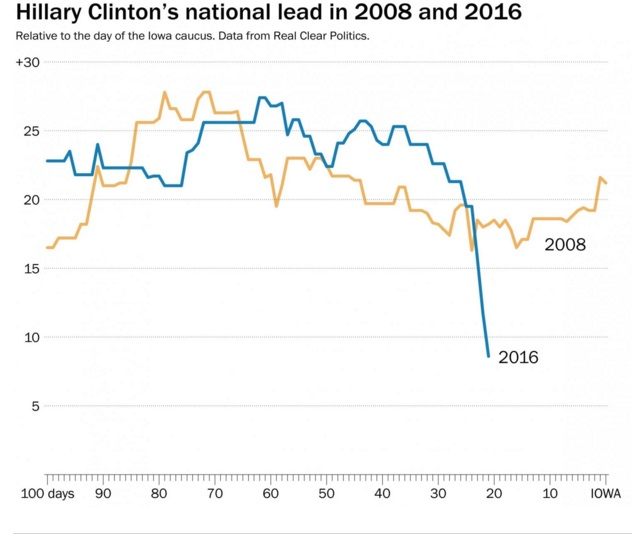 I have written previously that Hillary was warning that she would lose both Iowa and New Hampshire and this pretty much confirms that. Even the Washington Post is ringing the alarm bell over this: “Some leading Democrats are increasingly anxious about Hillary Clinton’s prospects for winning the party’s presidential nomination, warning that Sen. Bernie Sanders’ growing strength in early battleground states and strong fundraising point to a campaign that could last well into the spring.” They are now very concerned that Hillary will lose to the Vermont socialist. Clinton has less than three weeks before Iowa. It gets even worse for the Butcher of Benghazi… Donald Trump has rented out the Urbandale movie theater in Iowa and is giving away tickets for people to see “13 Hours: The Secret Soldiers of Benghazi” at 6 p.m. on Friday. You just have to RSVP. I wouldn’t be surprised if Trump did that in every state. Hear that? It’s full fledged panic from the left and it’s music to my ears.