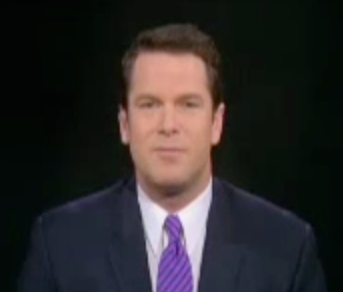 Towards the close of today’s MSNBC Live, anchor Thomas Roberts presented a segment featuring three New Jersey teenage girls who started a petition on the left-leaning Change.org website demanding female moderators for the upcoming presidential debates. : The young ladies succeeded in getting 180,000 signatures for their initiative.

But rather than simply hailing their civic activism, Roberts decided to expoloit these girls to slam Rep. Paul Ryan over his no vote for the Lily Ledbetter Fair Pay Act — which does nothing to equalize pay for women but simply expanded the statute of limitations to file suit in court — by saying: “do you think he’s going to have a tough time defending his no vote to Martha Radditz when he gets asked about that?”

Elena Simbears, one of the teens featured, said “I mean, I think so. It’s really disappointing for many women to know that they don’t have the support of someone who can possibly be leading our country and women still have such a long way to go.: That is just a step backwards.”

I’m afraid to inform Roberts and Simbears that the notion of Lily Ledbetter being honored in Washington is a false narrative. : In fact, when the Paycheck Fairness Act was debated on the Senate Floor, some interesting facts were brought to light. : Despite the fact that this piece of legislation was retaliatory against House Republicans who tried to pass Prenatal Nondiscrimination Act (PRENDA),: Andrew Stiles of the Washington Free Beacon reported back on May 24 that:[2]

Murray, who has repeatedly accused Republicans of waging a “war a women,” is one of the worst offenders. Female members of Murray’s staff made about $21,000 less per year than male staffers in 2011, a difference of 33.8 percent.

That is well above the 23 percent gap that: Democrats claim[3]: exists between male and female workers nationwide. The figure is based on a 2010 U.S. Census Bureau report, and is technically accurate. However, as CNN’s Lisa Sylvester has: reported[4], when factors such as area of employment, hours of work, and time in the workplace are taken into account, the gap shrinks to about 5 percent.

A significant “gender gap” exists in Feinstein’s office, where women also made about $21,000 less than men in 2011, but the percentage difference–41 percent–was even higher than Murray’s.

Can someone define hypocrisy for Mr. Roberts? : On April 11th, Stiles also did an “analysis[5]: of the 2011 Annual Report to Congress on White House Staff. This: document[6]: provides the names, titles, and salaries of 454 of Obama’s workers.: While women at the Obama White House earned median annual salaries of $60,000 last year, the equivalent remuneration for their male colleagues was some $71,000 – roughly 18 percent higher.”

Journalists on the Left need to do their own fact checking before frivolously bashing politicians with whom they disagree.