Despite the crime wave across American perpetrated by illegal aliens who are raping, murdering, and committing all manner of crimes everywhere, Hillary Clinton believes that those so-called “sanctuary cities” where illegals can break laws with impunity “make us safe.” Tell that to the family of murder victim Kate Steinle[1], Mz. Clinton. 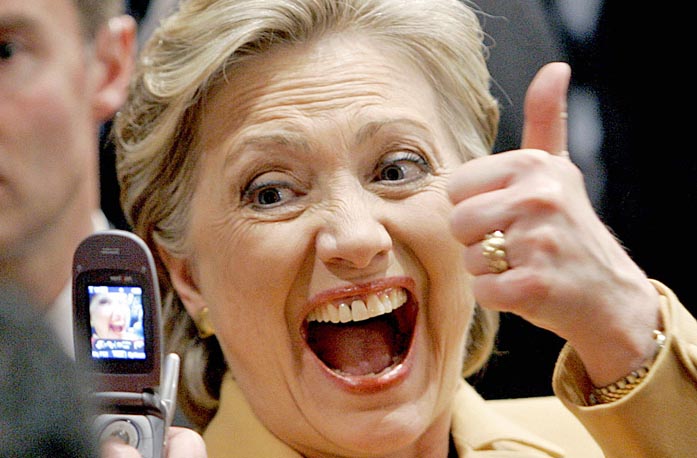 Clinton made this idiotic exclamation the last time she ran, and failed, to become our president. Breitbart has the story[2].

On Sept. 6, 2007 at Dartmouth College while debating during her last attempt to become president, then-Sen. Hillary Clinton supported sanctuary cities saying they help ensure the “personal safety and security of all the citizens.”

Clinton said, “If local law enforcement begins to act like immigration officers what that means is that you will have people not reporting crimes. You will have people hiding from the police. And I think that is a real direct threat to the personal safety and security of all the citizens. So this is a result of the failure of the federal government and that’s where it needs to be fixed.”

When pressed if that means she supports the sanctuary cities policy Clinton replied, “Well, I don’t think there is any choice.”