Dozens of suspected murderers, rapists and other criminals who had been arrested by the Detroit police have now been released with no charges filed because of a backlog of unsigned warrants at the Wayne County Prosecutor’s office. 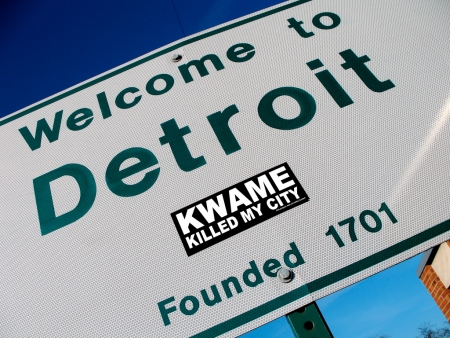 21 murder suspects, 105 sexual predators, 126 child abusers, and 25 other crooks have just been let off the hook in Detroit.

Why are dozens of criminals just being let go?[1] Wayne County Prosecutor Kym Worthy claims that it is budget cuts that are responsible and that she just doesn’t have enough employees to do the job.

“I have been saying for two years what would happen if our budget was cut,” Worthy said. “We have lost half of our staff and it is no surprise that we are not able to fulfill our mandated functions with such drastic staff reductions.

“It certainly is not surprising that this has impacted our ability to review and charge warrant requests presented to us,” Worthy said.

The prosecutors office has 134 staff attorneys, having lost more than 90 this year due to budget cuts, spokeswoman Maria Miller said. The reductions have spilled over into a public feud between Worthy and outgoing Wayne County Executive Robert Ficano over funding.

“When we had higher staffing levels, we would have anywhere from 20 to 80 (not-in-custody) warrants that went back approximately two to three weeks,” Miller said.

Looks like the safest place to be a criminal in the USA is Detroit (besides Congress of course).