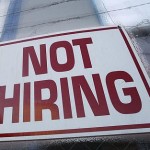 [1]The latest Labor Department report shows that job growth in America slowed abruptly in August.:  Economists expected payrolls to increase by 125,000, but instead, new hires rose by only 96,000.:  That is not enough to keep up with population growth, much less brighten the picture for millions of out of work Americans.:  The unemployment rate dropped from 8.3 percent to 8.1 percent, but that was due to the large percentage of the American labor force that has given up trying to find work.

Over the past three and one half years, America’s economic growth has been tepid at best, with a jobless rate that has remained above 8 percent for more than three years. : That is longer than any period since the Great Depression.

The latest bad news about the American economy has dealt yet another blow to Barrack Obama’s re-election chances.

When Obama and fellow “progressives” Democrats held un-opposable majorities in the House of Representatives and the United States Senate, they passed a $787 billion stimulus package that they promised would “save or create” millions of jobs and keep unemployment below 8 percent.:  They told Americans that if the stimulus passed, unemployment today would be down to 5.4 percent. 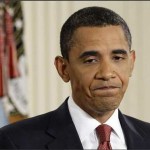 [3]This is why the disappointing jobs report diminishes the nomination acceptance speech Obama gave at the Democratic National Convention.

After three and one half years of economic stagnation, a minority of Americans still believe a litany of unfulfilled promises recycled from 2008 presidential campaign speeches.

Democratic “progressives” can go ahead and brush aside their candidate being reduced, at the last moment, to moving his acceptance speech into a venue that is 55,000 seats smaller than the one they originally planned to use.

Where are the Greek columns? Where are the invitations for Obama to take his tour to European cities? Where are the females planted in the audience, fainting on cue to wow adoring crowds of impassioned, fervent believers?

Can you say phony Beatlemania? 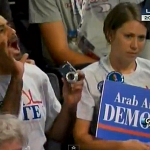 [4]What of the message coming out of this DNC? The only people who believe what was being said in Charlotte NC are the remaining low information/headline reading/sound-bite voters who believed what they were told back in 2008.:  Obama having to relocate his speech to a smaller arena shows that today there are fewer “true believers.”

It was a disorganized, mishandled convention where thousands of “progressives”, while on national television, booed reinstating God and support for Jerusalem as Israel’s capitol into the “progressive” Democratic Party platform.

Members of the “progressive” Democratic Party should start getting used to hearing the words: “President Mitt Romney.”