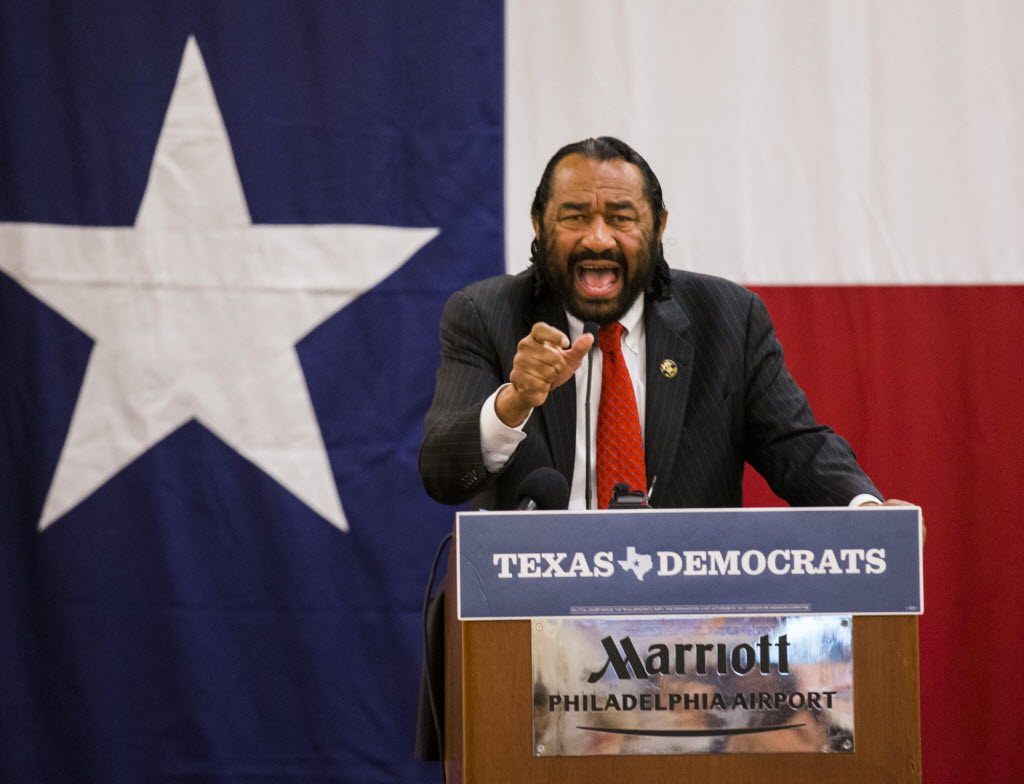 This time it’s a Texan Representative who is accused of having sex with a staffer who also went on to claim that the man, Rep. Al Green, is addicted to drugs and counter sued her when she initially threatened to bring up their shared past to the public. She said that when she worked with him, it was under a “hostile work environment.”

The woman accusing Green is Lucinda Daniels, who worked as his district director. She says that she demanded $1.8 million dollars due to his sexual harassment and Green sued her back saying that it was a consensual relationship and that she is extorting him. Federal documents from way back in 2008 say that:

“Daniels has threatened to go public with her complaints if the Congressman does not per her money. Green has done nothing wrong and refuses to pay ‘hush money’ just for political expediency.”

As for the drugs, Green filed a sealed record of the voicemail left by Daniels that alleged she was looking to buy cocaine from him. The record allegedly includes that Daniels can be heard snorting cocaine and then asking questions about its purity and price.

But due to these claims, Green’s office has been forced to put out a statement as soon as they heard things were going haywire again:

“In the present climate, we wish to jointly quiet any curious minds about our former and present relationship with one another.”

I’ve worked on campaigns in the past and one of the important, sensitive topics is whether or not there are any skeletons in the closet. If so, a press release is preemptively drafted just in case it ever pops up in the media. From my experience, it sounds like this release has been written for years and they were just waiting for Daniels’ story to come to light again.

Earlier this month, Rep. Green was part of a gaggle of angry Democrats who wasted their time by bringing forward five articles of impeachment in an effort to get people to pay more attention to them and maybe to get Trump out of office. Sarah Huckabee Sanders said that it’s “disappointing that extremists in Congress[2] still refuse to accept the President’s decisive victory in last year’s election.”

In September, Rep. Al Green suggested that black Americans should stop visiting the White House because he wants to put pressure on Trump to apologize for his mean tweets and comments about the NFL, where Trump said that the National Anthem protest kneelers are “sons of b****es.” “Every black person in this country[3] ought to be up in arms about what he said about mothers,” said Rep. Green, completely misrepresenting the point. He said that since mothers “bring life to the world,” Trump’s words should be challenged. Last I checked, less than 2 dozen players still kneel in protest, so that means less than two dozen women were insulted, tops, not every single mother in the universe. Oh well.