Actress Daniele Watts pleded no contest to disturbing the peace and had a lewd conduct charge dismissed with her plea. But the judge didn’t stop there he also demanded that the actress of the hit movie “Django Unchained” apologize for her false accusations that the cop who arrested her was a “racist.” 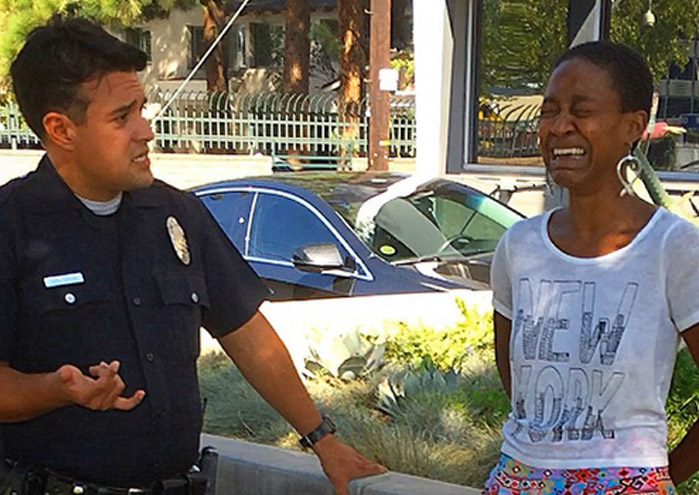 Last year Watts was having sex in a parked car in LA but was caught by LAPD officer Jim Parker who stopped the couple and asked for their IDs.

Watts initially tried to cajole the officer into letter her and her boyfriend go on the lewd conduct charge by playing the “but I’m a famous actress” game with the officer. When Sgt. Parker wasn’t biting on that ploy, Watts began screaming raaaaacism.

She later admitted that she was lying about the charge. Now Watts has been given[1] a bit more to atone for with a judge ordering her to apologize for throwing the race card.

Here is the audio of the arrest from TMZ…