More blatant Marxist propaganda at PBS.[1] Not surprised. In 2005, PBS made a Sesame Street parody of Donald Trump called Donald Grump. In it, Oscar is a garbage mogul who goes around saying he has more garbage than everyone else, so there. Well, since Trump is now such a threat to the Marxists, they have resurrected this parody to take shots at The Donald and they are using children’s programs to do it. How vile is that? They are portraying Trump as mocking those who are less well-off. That’s not true and they know it. In fact, Trump wants to help people succeed, he’s just not a socialist or communist, much to the chagrin of the Left and some on the Right. Originally, this poked fun at “The Apprentice.” Now it’s just meant as a hit piece and propaganda to use as a weapon against Trump. Fail. 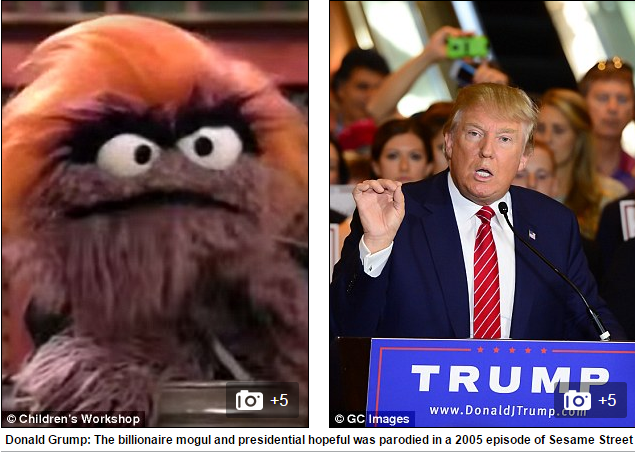 When it comes to parodies, Donald Trump[3] has fallen victim to his fair share.

The Republican presidential hopeful has been mocked on Saturday Night Live and been at the center of satire on the Simpsons.

So when Sesame Street targeted the billionaire businessman, they didn’t hold back.

In the clip from the 2005 PBS cartoon, which has been posted on YouTube[4], he is portrayed as a garbage mogul who boasts that he has more trash than anyone else and mocks those around him who are less well off.

At the time his show, The Apprentice, was at the peak of its popularity. NBC cut ties with the businessmen following his controversial comments about Mexicans earlier this summer.

During the episode titled ‘Grouch the Apprentice’, he sits in a trash can singing: ‘I’m Donald Grump and I have more trash than any of yous so, na na na na na.’

With a bright orange coiffure, stuck up as highly as in real life, he is introduced as someone who has the ‘most trash of any grouch in the world,’ and has his ‘name on every piece of trash in town.’

He insists they all want to be The Grump while the other Grouches say: ‘He has so much trash it spills out of his hands’.

He arrives on scene from a garbage and announces he is looking for an apprentice to sort out the mountains of trash he has.

‘Whoever I pick will be able to keep some of my very own trash. But I will still have more trash than you do,’ he adds.

When those around him don’t do their job, he says: ‘Scram. You’re fired,’ his trademark soundbite from The Apprentice.

Elmo makes an appearance in the clip, and wins all of Grump’s competitions to find an apprentice, simply because he likes to help.

In the end, the other grouches don’t end up wanting to be Grump’s apprentice, because then they’d have to work. They also don’t really want his trash, because it has his name all over it.

‘We can get our own trash,’ Oscar the Grouch tells Grump.

They even go after Trump’s hair in all this. It’s just juvenile. What? Are they going after the kid vote? They are probably hoping to sway parents with this. I also don’t think it is very clever portraying Trump’s assets as ‘trash.’ “The Apprentice” was a massively popular show, just as Trump is a success himself. He’s a celebrity and larger than life. Parodies don’t phase the man, I’m sure. I just think all of this is tacky in the extreme. It shows the mentality and lack of morality on the Left in a big way. Demonizing people who like to help is just nonsensical as well. One telltale attribute of the skit is no one wants to work. They are also jealous of the Trump name. How revealing. I suggest PBS go get their own trash – they have plenty of it. 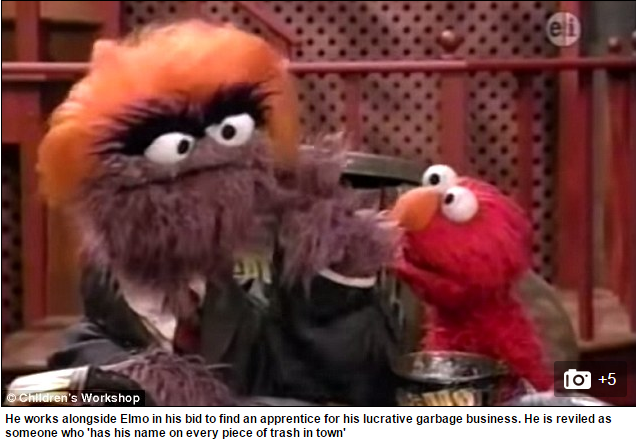 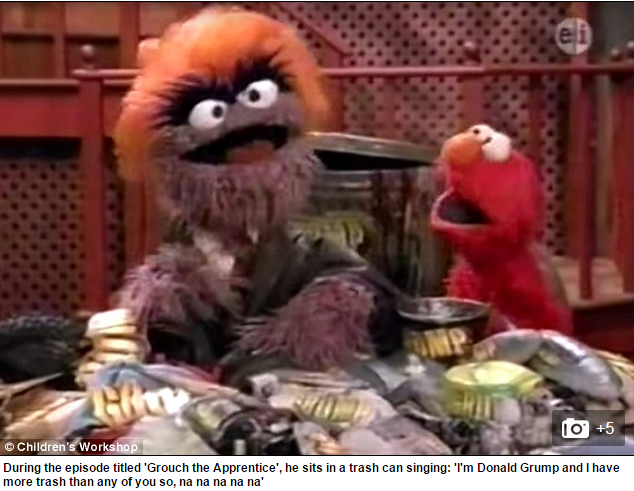 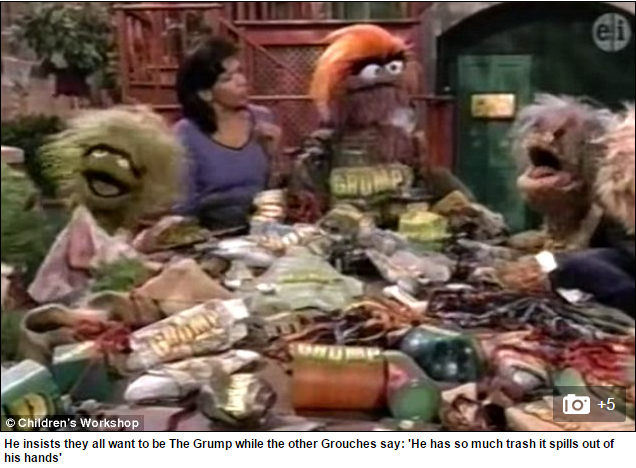