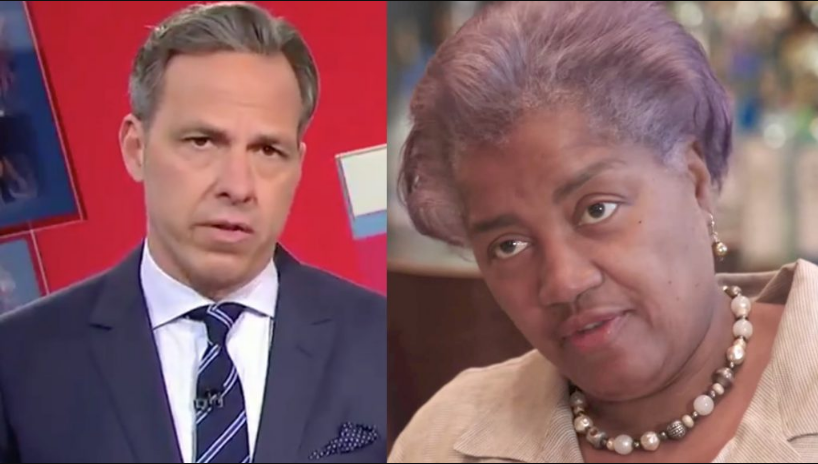 Donna Brazile’s new book on the Democratic side of the 2016 election is really heating up political commentary, especially at CNN with Jake Tapper.

Before becoming the interim chair of the Democratic National Committee, Donna Brazile was a CNN contributor and was once disciplined for providing questions that CNN was planning on asking Clinton at a town hall event before the event happened. Brazile admitted that she unethically gave the debate questions to the Clinton campaign and now she’s saying that she was betrayed by CNN’s Jake Tapper during the controversy.

In her new book, Hacks, Brazile wrote that her immoral behavior was uncovered in the same email dump that was stolen from John Podesta. At the time, Podesta was the Clinton’s campaign chairman and the emails confirmed that Brazile had given them information on the topics and questions that would be covered in a Democratic primary debate, hosted by CNN. After the emails were found out, Brazile said that “the next day, even Jake Tapper took a swing at me, calling me unethical and ‘journalistically horrifying’ during a radio interview… even though I worked for CNN as a commentator and not a journalist.”

Continuing, Brazile said she called Jake Tapper on his behavior, but he did not apologize.

“His attack on me was really about him. He wrote in an email, ‘I don’t know what happened here except it undermines the integrity of my work and CNN … you have to know how betrayed we all feel.”

Brazile, using her book to respond to the email publicly, is saying that the feeling is mutual.

I hate to side with Jake Tapper, but Donna, you really did make a tremendously awful decision by writing that email letting the Clintons know what was up. But, she does have a point: it is very unprofessional to jump on Brazile before all the facts could be verified. There may have been others working at the Clinton News Network that cleared Brazile for unethically passing the questions on.

Earlier this morning we wrote that Brazile was also using her new book to take shots at President Barack Obama, saying that he wasn’t really invested in the party in the same was as everyone else, because he was an outsider. Obama, said Brazile, was “not working to strengthen the party” and furthermore had left them with $24 million in debt[2] in the lead up to the 2016 campaign, putting them in the position where Hillary Clinton’s campaign took over the debt while Debbie Wasserman Schultz was in charge and then using their power to push Bernie Sanders out of the primary.