Elizabeth Warren Gets Called ‘Pocahontas’ to her face during interview [VIDEO]

Recently, there has been some buzz in the media regarding President Trump’s use of the nickname “Pocahontas” for Elizabeth Warren, who has been very public about her “Native American” heritage.

Some think it’s racist (but what isn’t these days, right?), while some think it’s simply a snarky nickname for someone who is clearly overplaying the race card to their advantage. 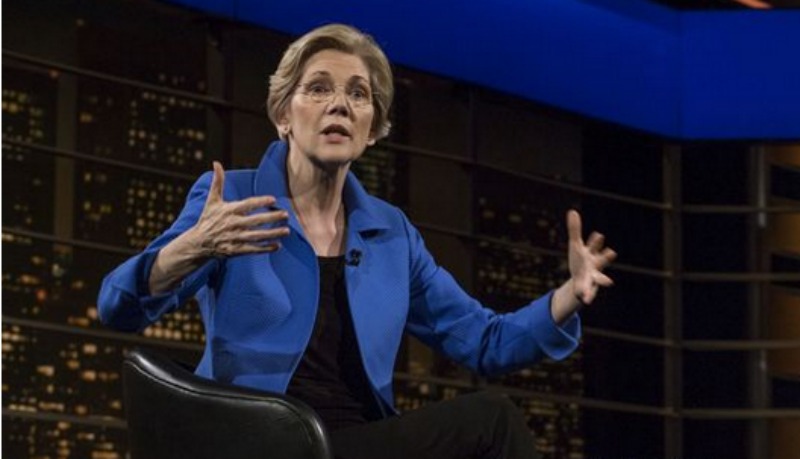 In an interview on “Real Time with Bill Maher,” Warren found herself face-to-face with the nickname.

Maher asked why Trump supporters still support him and not with her:

“They’re still with him, they’re not with you. Explain to me what that disconnection is.”

Warren tried to “push back”…

“Actually, I’m going to push back. I disagree with you. When you talk —”

… but Maher wasn’t about to let her deflect. That’s also when he invoked President Trump’s favorite almost-insult for the Senator:

“Well, his fans are not with you. Come on. They don’t like you, Pocahontas.”

You can watch her displeased reaction to the moniker, but she valiantly pushes on, sticking to her talking points like a trooper! It’s really inspiring for people who want to spew lies from their lying lie-holes as a profession.

Now obviously he didn’t mean this to be insulting, as he is on her side. That being said, it was probably one of those jokes that is funnier to other people than it is to the recipient.

In Right Wing News owner John Hawkins’ new book, “101 Things All Young Adults Should Know[3],” he explains why “you are not a victim” in any given situation. Liberals are painting Warren as this aggrieved party who is being mercilessly slandered at the hands of this powerful maniac, but the truth is much less dramatic; someone is making fun of the fact that someone with maybe a drop of Native American blood in their entire body has used this “minority status” to get ahead in the world. That doesn’t make her a victim. Not even close.