Eric Holder Threatens GOP To Not Go After Mueller – Benghazi Hero Steps In And GAME OVER! [VIDEO]

I am tired of all of the Obama people who are still in the limelight. They need to go crawl back from whence they came and never talk to us again. I think all of America feels that way. The damage they did to this country, and the damage they continue[1] to do to this country, is extremely upsetting. It will take years to undo and it almost destroyed us as a nation. 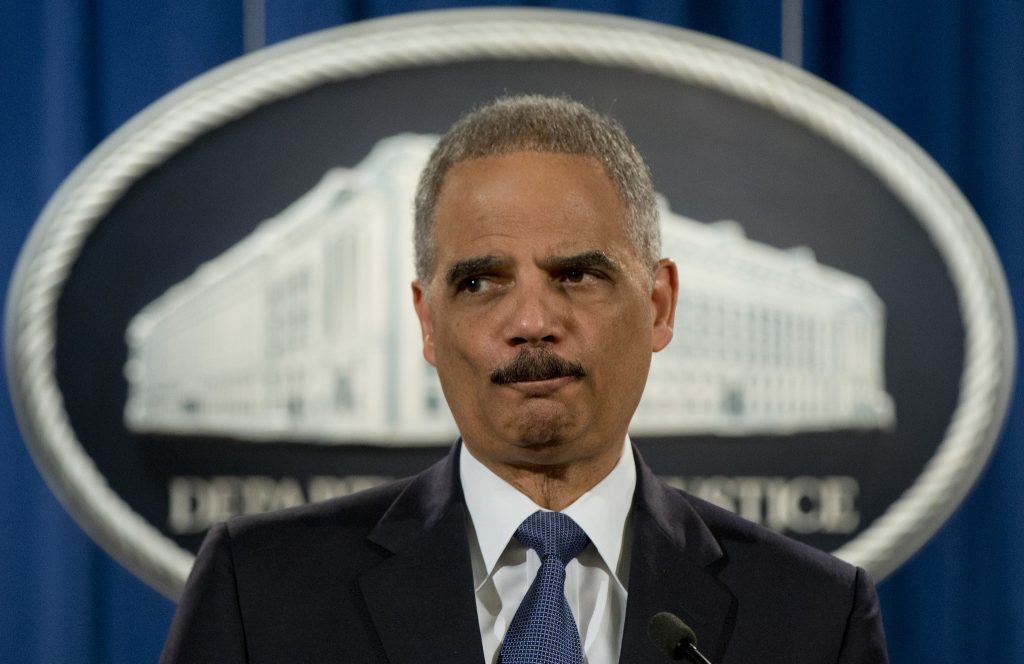 The Russia probe has ruffled a lot feathers after the revelation of some anti-Trump texts from FBI agent Peter Strzok. He called the President an “idiot” and was taken off the Russia investigation in July. It is still apparent that Robert Mueller is not impartial in this matter and has chosen biased people to run the investigation. This has sparked some to call for Mueller’s resignation.

Strzok sent approximately 10,000 emails and texts to his mistress, an FBI attorney. Their discussions were not just virulently anti-Trump, they bordered on treasonous. One in 2016 stood out in particular as sounding like a call for a political coup: “I want to believe the path you threw out for consideration in Andy’s office — that there’s no way [Trump] gets elected — but I’m afraid we can’t take that risk. It’s like an insurance policy in the unlikely event you die before you’re 40.” These are the type of people Mueller chose to investigate Trump.

‘Andy’ is most likely Andrew McCabe and the reference probably points to a meeting in FBI Deputy Director Andrew McCabe’s office. That should ring alarm bells with all of us and it points to corruption at the highest levels in the FBI. It shows they were actively plotting against Trump before he was elected. The attorney that Strzok was having an affair with, Lisa Page, who is a key player on Mueller’s team, texted to Strzok: “Maybe you’re meant to stay where you are because you’re meant to protect the country from that menace [Trump].” “I can protect our country at many levels,” Strzok replied.

“All of this reinforces our doubts about Mr. Mueller’s ability to conduct a fair and credible probe of the FBI’s considerable part in the Russia-Trump drama. Mr. Mueller ran the bureau for 12 years and is fast friends with Mr. Comey, whose firing by Mr. Trump triggered his appointment as special counsel. The reluctance to cooperate with a congressional inquiry compounds doubts related to this clear conflict of interest.”

Not only that, but there’s more. Bruce Ohr, who was a top Justice Department official, was just demoted. His wife is a Russian expert. Nellie Ohr worked for Fusion GPS and was tasked with digging dirt up on Trump for the fake Russian dossier. Ohr should never have been on Mueller’s team to begin with. That alone should have disqualified him as a conflict of interest, but it didn’t. Just as most of the members of Mueller’s team who are Clinton supporters and donors did not disqualify them either.

This whole Russia thing is a joke. Do you remember when this broke?

Eric Holder, the disgraced former Attorney General and Obama puppet, has weighed in on the situation. He has no business doing so.

Speaking on behalf of the vast majority of the American people, Republicans in Congress be forewarned:any attempt to remove Bob Mueller will not be tolerated.These are BS attacks on him/his staff that are blatantly political-designed to hide the real wrongdoing. Country not party

Former Obama Attorney General Eric Holder threatened Republicans in Congress against removing Special Counsel Robert Mueller the day after GOP congressmen grilled Deputy Attorney General Rod Rosenstein. Holder issued his threat in a tweet Wednesday morning. The nerve this guy has. The absolute hubris to stand there and say this with a straight face is the pinnacle of hypocrisy. The things this former Attorney General let happen were some of the most egregious things in the history of this country. Fast and Furious was just one of many of his sins. This whole Russia thing is a political hit job. There still is no proof of any wrongdoing, any “collusion,” or any smoking gun.

The tweet went viral, obviously, as people got pretty upset. Former Army Ranger and Benghazi survivor Kris Paronto saw it and he fired back with his own tweet. “Weren’t you the only Attorney General in U.S. history to be held in contempt of congress?? And you don’t speak for me or the vast majority of the American people you POS!! ???? Get back in your hole rat ???? . #FastandFurious #corrupt #Liar #ericholderhaszerointegrity.”

I couldn’t have said it any better. He is a rat that was a puppet for one of the worst and most corrupt administrations this country has ever seen. Do you agree with this Army Ranger?