Keith Olbermann was famously dumped by ESPN nearly 20 years ago, but in 2013 he went back to the sports station. Now, Olbermann is being dumped from the sports network once again. 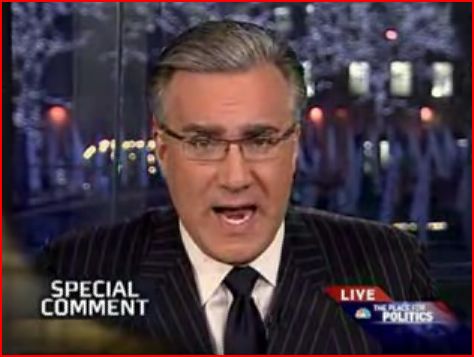 Olbermann was famously impossible to work with when he was at ESPN. Then he became an extremist, left-wing commentator at MSNBC before he was dumped there, too. Then he went back to ESPN but was barred from talking politics.

Now Olbie is out at ESPN again.

It seems that Olbermann’s contract is not being renewed mostly because he makes too much cash. But ESPN has threatened to cut ties with him as recently as February and even suspended him[1] over his Tweets about Penn State.

Now, at long last, ESPN is ending its relationship with the volatile yacker.

According to James Andrew Miller, the co-author of a book about ESPN, These Guys Have All The Fun, Olbermann is out again[2]…

The second @KeithOlbermann[3] era at @espn[4] has come to a close. There will be no new contract. Current deal which was two years ends 7/31.

ESPN appears to be moving away from high-priced talent who can be inflammatory, as this decision follows the much-talked-about move by the network to not renew the contract of former Grantland editor Bill Simmons.

If the country is lucky, Olbermann will now slink off and retire.