Even After Obama Caves and Gives Iran the Nuke, Iran Leader Says: ‘We Will Trample Upon America’

Even after Barack Obama bent over backwards for the Iranians in his recent deal that will end up giving Iran an arsenal of nuclear weapons, one of Iran’s leaders went on Iranian TV and told his followers that Iran still intends to destroy America. 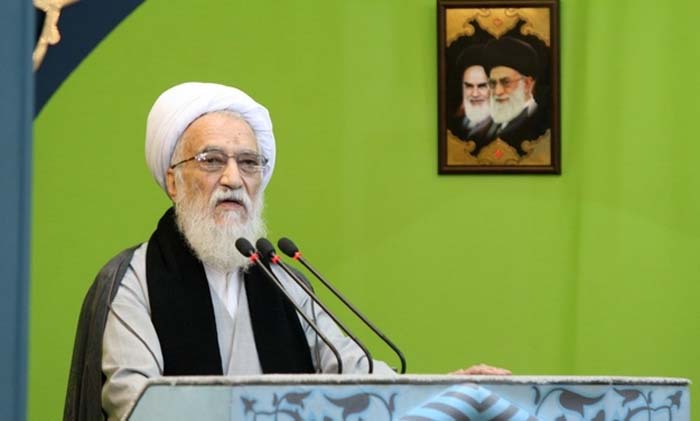 These are the people[1] that Obama thinks we can trust to be faithful to an “agreement”?

A senior Iranian cleric delivered Friday prayers in Tehran while standing behind a podium that declared, “We Will Trample Upon America,” according to photos released by Iran’s state-controlled media.

Iranian cleric Ayatollah Mohammad Ali Movahedi Kermani, who was handpicked by the Islamic Republic’s supreme leader to deliver the prayers, delivered a message of hostility toward the United States in the first official remarks since a final nuclear deal was signed between Iran and world powers in Vienna last week.

A Persian-language message on the podium declared, “We will trample upon America” while the English phrase “We Defeat the United States” can be seen underneath.

This wasn’t just some hardliner spouting off without approval, either. This Iranian leader was speaking during an officially approved engagement.