Remember last month when a white woman named Rachel Dolezal had been caught after lying about being black for 10 years and had to resign as head of a Calif. NAACP chapter? Well, now we have a white guy who have been pretending to be black exposed as the main organizer behind the so-called “black lives matter” organization! 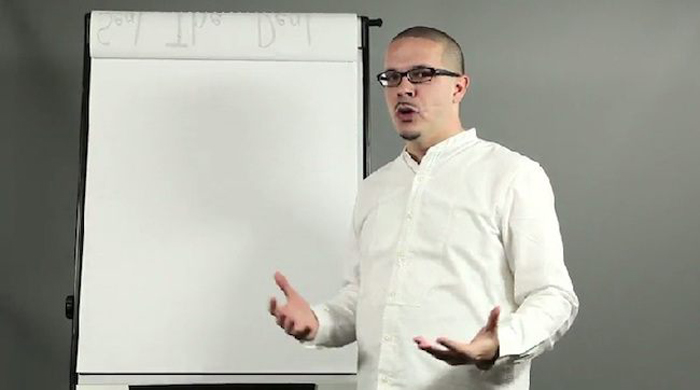 Just as with the Dolezal case[1], it turns out that we have a race faker. In this case, one of the main organizers of the “black lives matter” movement is a fellow named Shaun King. This man has for years been posing as a black man–or at least half black and mixed race. He even claimed that as a teen he was attacked in a “racist” incident. Well, it turns out that King is not black[2]. He is white and always has been even though for years he’s pretended to be black.

An investigative blogger has accused Shaun King, a key figure in the Black Lives Matter movement, of misleading media icon Oprah Winfrey by pretending to be biracial in order to qualify for an “Oprah scholarship” to historically black Morehouse College. The blogger says King is white and has been lying about his ethnicity for years.

King is a high-profile campaigner against “police brutality” and “justice correspondent” for the liberal Daily Kos website who told Rebel magazine in 2012 that he was biracial, with the magazine reporting that he is the “son of a Caucasian mother and an African-American father.” He has also described himself as “mixed with a black family” on Twitter.

King has been lionised by the press, praised as hero of civil rights and social activism. He has written extensively about a childhood in which he was terrorised by “decades old racial tensions.” He claims to have been “the focus of constant abuse of the resident rednecks of my school.”

Yet, in recent weeks, rumours have been circulating about his ethnicity. A 1995 police incident report lists Shaun King’s ethnicity as white. And blogger Vicki Pate, who has been assembling forensic accounts of Shaun King’s background and family tree on her blog, “Re-NewsIt!,” has published her findings.

The linked report[3] has a ton more info proving that King has been lying for years about being black.