The white woman from Spokane who has been under fire since Friday for lying for over a decade claiming she is black once led a so-called “Black Lives Matters” protest and insisted that only blacks should be allowed in the group. 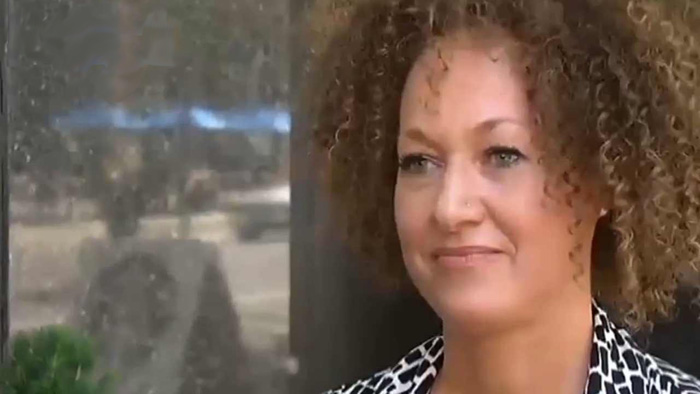 This mentally ill woman was outed as a lair on Friday but her outrageous behavior is piling up[1]. Not only has she claimed to be black, now we find out that she once led a black group and demanded that only blacks be allowed to be part of the group… you know, despite that SHE is white.

The white NAACP leader who misrepresented herself as black reportedly said as she organized groups during the Black Lives Matter movement that only black people should be directing and leading the protests.

In an interview with Anderson Cooper, activist and writer Marc Lamont Hill said he knew Rachel Dolezal, and heard her state that only black people should lead the movement that arose in the wake of repeated incidents of police brutality against black individuals starting late last year.

Hill then said what Dolezal is doing is the ‘ultimate exercise in white privilege.’

Hill then added that Dolezal also said of the protests that ‘outsiders should not be there.’

This behavior more than anything seemed to anger Hill, who, in addition to being an organizer and social justice activist is also a professor of African American Studies at Moorehouse College in Atlanta.

But how can the left be all angry over this? The left has for years been saying that it’s all about what you “feeeeel.” Right?

Well, if she feeeeels black… why won’t the left let her be black?