A 21-year-old Utah man made news earlier this year by being the victim of a series of “hate crimes” because he was gay. In one instance he told police his attackers carved “die fag” into his arm. Now police have discovered that this man was lying the whole time, that he carved the hateful saying into his own arm and that the whole series of “hate crimes” were all a hoax. 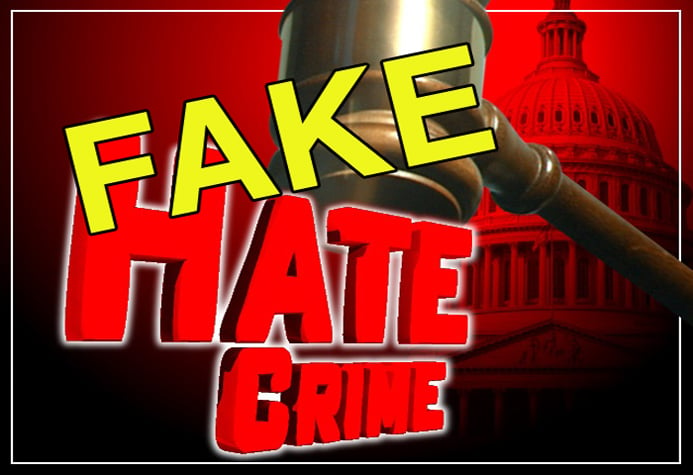 Yep, it turns out it was all a lie[1]… like most of these so-called “hate crimes” that are reported Richard “Rick” Jones, the supposed “victim,” made it all up.

The openly gay business owner in Delta, Utah reported to local authorities that he was attacked and beaten at his family’s pizza business before the attackers held him down and carved the words “die f*g” into his arm. However, lawyers for the man have now come forward and released that the entire ordeal was faked and that it was actually Jones who had carved the words into his own arm. Now police are considering filing charges against Rick Jones for falsely filing police reports and reckless burning. So how did it all begin?

The Washington Times reports that a series of anti-gay “crimes” took place against Richard Jones beginning in April 2015. The first attack left the young businessman with a bruised face and the words “die f*g” carved into his arm. After the seemingly horrifying anti-gay attack, Jones troubles did not end. Five days after the apparent hate-fueled assault, Jones’ home was vandalized with the same harmful words. On June 10th, the “attacks” came to a head when a molotov cocktail was thrown into the family’s home and their pizza business was robbed of $1,000 and spray painted.

The apparent anti-gay hate crime left members of the rural Utah community frightened, but it seems the fears were unfounded as Richard Jones’ lawyer has admitted that the entire series of horrifying events were created at the hands of Jones, not an anti-gay hate group.

Whenever you hear “hate crime” your first suspicion should be that it is a hoax.