Family of Walter Scott Tell Al $harpton to Get Lost, Keep His ‘Ferguson Circus’ Away

Poor, poor Rev. Al. People are finally getting tired of his exploitation of death for his own personal benefit. The family of South Carolinian Walter Scott–the man shot five times by a North Charleston cop–has told $harpton to get lost. 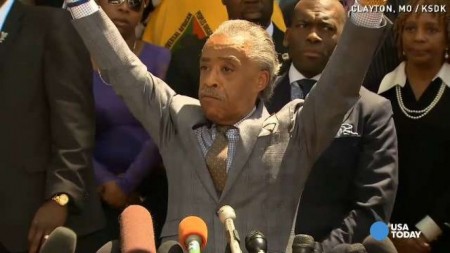 Walter Scott’s family just don’t want $harpton’s “circus”[1] to descend upon them in their time of grief.

Walter Scott’s family have asked Al Sharpton not to attend the funeral, it is claimed.

The New York-based Reverend became a prominent voice in the wake of Michael Brown’s shooting at the hands of a white police officer in Ferguson last August.

But as the nation’s attention turns to South Carolina and footage showing Officer Michael Slager shooting dead father-of-four Walter Scott, his parents and brothers have made plain that they do not want the same treatment.

According to the New York Daily News, the family told Rev Sharpton to ‘keep away’ from the relatives-only memorial service.

A source close to the Scotts told the paper: “We don’t want another Ferguson type of circus here.”

Get lost, $harpton. You aren’t wanted.