Are you sick of paying taxes? Well, get a job in Obama’s government and apparently you are excused from, ever paying any! That is the apparent message with a story that reveals that federal workers owe $3.5 BILLION–yes that’s “billion” with a “b”–in unpaid taxes. 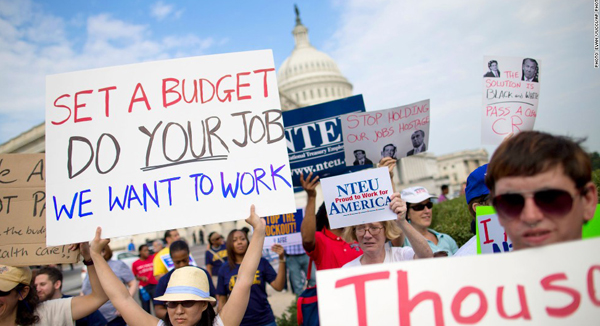 The story comes from the Associated Press[1]…

The delinquency rate was 3.1 percent for the 9.8 million workers and retirees included in the data. That’s down from 3.3 percent the previous year.

The IRS compiles data each year on unpaid taxes by federal workers. The data does not include workers who have enrolled in installment agreements to pay their back taxes.

These people should be immediately fired or have their pensions garnished until the taxes are satisfied. After all, that is what would happen to all of us, we peons who aren’t part of Obama’s jackbooted government.