Not too bad for an elderly, loony, pervert, socialist like Bernie Sanders.[1] He’s not bashful about being a socialist either. When confronted on Meet the Press, he made it clear that he’s no capitalist. He’s a democratic socialist. If elected, he will raise taxes and he will spend a further $1 Trillion on infrastructure, whether we have it or not. Deficit be damned. At least he got the unemployment number more right than the liars in the White House. Nice try, but fail. It’s somewhere over the rainbow closer to 30%. His spending won’t create shovel ready jobs… they already tried that and it didn’t work. It did however help spiral the deficit out of control. Sanders would be the very last nail in our red, white and blue coffin. Socialism never, ever works. 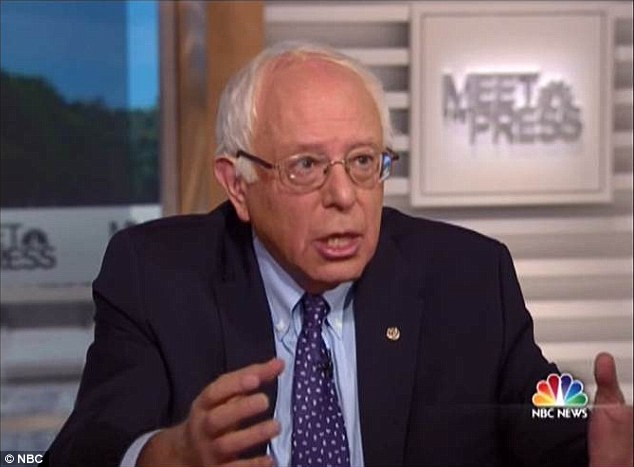 Bernie Sanders said Sunday that if he’s elected president he will raise taxes on American companies and upper-income earners to pay for a $1 trillion infrastructure-rebuilding jobs program even as America’s public debt crests over the $18 trillion mark and twelve-figure annual deficits continue to pile up.

‘I want to invest a trillion dollars in rebuilding our crumbling infrastructure. I do want to do that because I think that will create up to 13 million jobs.’

‘Is deficit reduction important? Of course it is,’ Sanders said. ‘But so is creating the millions of jobs we desperately need. So is making public colleges and universities tuition free.’

Host Chuck Todd ribbed the Vermont senator for vacillating on what was once a badge of pride – his embrace of the ‘socialist’ label – noting that he has largely ditched the term in favor of the less politically radioactive ‘progressive’ label.

‘Are you a capitalist?’ he asked the senator.

‘No, I’m a Democratic socialist,’ Sanders shot back, noting that ‘I’ve been elected as an Independent throughout my political career.’

The increasingly popular Sanders, whose New Hampshire rallies could be mistaken for rock concerts as he leads the Democratic field in the Granite State by 10 points, channeled the ‘Occupy’ movement on Sunday.

‘So what do you do? You take a hard look at our tax system. And you say, “You know what? Corporate America, you ain’t going to stash your money in the Cayman Islands and not pay any taxes at all”.’

‘If you are very, very wealthy, as Warren Buffett reminds us, you know what? You’re not going to continue to pay an effective tax rate lower than middle class people.’

Sanders said clamping down on America’s producer class with higher taxes would provide enough new government revenue to pay for the 13-digit jobs program he envisioned for his first term in the White House – without running up even more public debt.

‘A lot of that debt and deficit has to do with huge tax breaks for the wealthiest people in this country and large corporations,’ he said.

Sanders pledged to support the eventual Democratic presidential nominee, but insisted that the party should veer further and further leftward toward European-style socialism.

‘Do I think that countries like Denmark and Sweden, where healthcare is a right and virtually free to all people, where public college education is free, where childcare is excellent and stronger, where workers in the middle class make higher wages where they’re stronger in terms of reducing income and wealth inequality – can we look to those countries for some guidance?’ he asked.

‘Understanding they’re much smaller, more homogeneous and different than us, yes. I do think we can.’

Vermont, with its fierce streak of independence and its Ben & Jerry’s factory, is one of few places in America where a self-described socialist could be elected to Congress.

Sanders has only recently begun to shy away from hard-core leftism as the first Democratic primary debate approaches. Tuesday will mark his inaugural on-stage tussle with Hillary Clinton, the former secretary of state who is politically more centrist.

He drew sharp contrasts on Sunday between his positions and hers on the politically charged Keystone XL pipeline and the Trans-Pacific Partnership trade deal, both programs where Clinton parted ways with the Obama administration late in the game.

‘From day one I opposed the Keystone pipeline,’ Sanders said, ‘because I believe that if you’re serious about climate change, you don’t encourage the excavation and transportation of very dirty oil. That was my view from day one.’

He recounted his votes against a series of trade pacts that he said would have benefited China, including the TPP.

‘I think they have been a disaster for the American worker,’ Sanders said. ‘A lot of corporations that shut down here move abroad. So people will have to contrast my consistency and my willingness to stand up to Wall Street and corporations, big corporations, with the secretary [Clinton].’

Sanders also wants to make college tuition free. He’s absolutely delusional. He would tax all of us into the grave doing this. He also wants free child care, free health care and massive wealth redistribution. Bernie is all in for climate change as well and I heard this morning he was going after ‘assault weapons.’ He’s anti-business and definitely anti-capitalist. I wonder if the hordes of young people supporting him truly understand what he stands for and what he would do to this country. I don’t think they do. Sanders has a long history with the Democratic Socialists of America – many of his stances are communist. The guy is poison to America. But at least he doesn’t hide it. Bernie Sanders comes right out with it, unlike Hillary and Biden. God help us if he is the nominee. 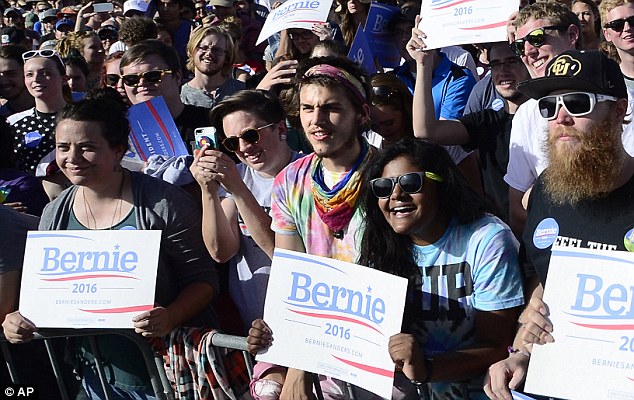 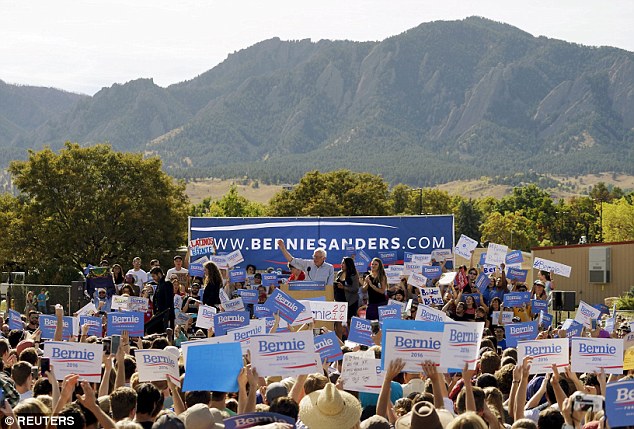