Sabrina Corgatelli is spending her summer cruising through South Africa on a big game hunting safari. She is chronicling her campaign on Facebook[1] and recently posted a photo of the giraffe she bagged. And BOY are the lefties losing their tiny little minds. 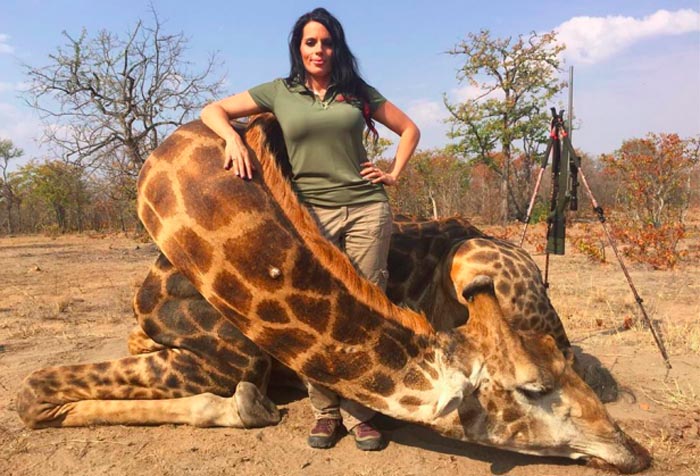 On her Facebook page, Corgatelli has several of the animals she has killed during her safari. Naturally the libs are losing it over the whole thing.

“Such a amazing animal!! I couldn’t be any happier!! My emotion after getting him was a feeling I will never forget!!!” she wrote on Facebook after killing the giraffe.

Corgatelli has been posting the photos despite an overwhelming amount of protests and disparaging comments on her Facebook page. Many of her photos have received hundreds of comments from people calling her names and condemning her hobby.

According to the Daily Mail, the huntress posted a message Friday morning that read, “All you haters, This is for you!! Have a great day, cuz I know I will!” The message was accompanied by a meme of Leonardo DiCaprio as Jay Gatsby in the 2013 film, extending his champagne glass, with the caption “To all the haters — stay tuned, you’re going to have so much more to be pissed about.”

If you are of a mind, go over to Sabrina’s Facebook page[2] and give her some support.