The city bosses in Jacksonville, Florida are floating a new ordinance that would make it illegal for homeowners to park their cars with the front end pointing toward the street. The new rule is meant to help city cops and government officials to more easily fine homeowners if they have a disabled car on their property. 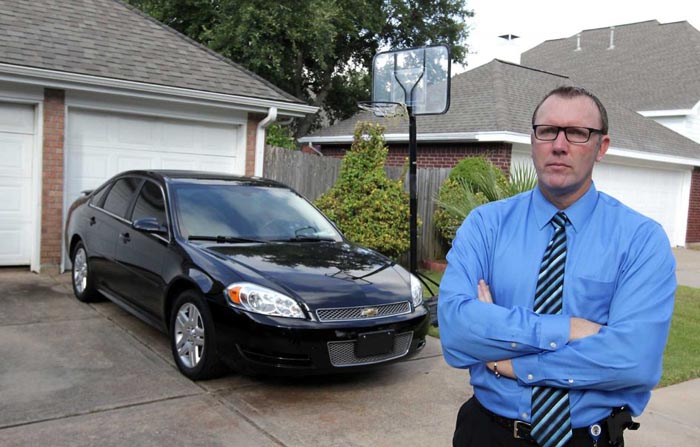 So, according to the city tyrants in one Florida town, they think[1] they should be allowed to tell people how they are *allowed* to park on their own driveways.

For those who prefer to back vehicles into their driveways, a proposal pending before City Council would make it illegal to park their cars that way unless their license plate information is clearly visible from the street.

The proposed bill is aimed at cracking down on the visual blight that occurs when vehicle owners store cars that don’t work on their property.

Proponents say it’s needed because city code enforcement inspectors face problems cracking down on abandoned vehicles because they need to get the license plate information in order to write a citation. If they cannot see the tags from the street because the car is backed in, they cannot go onto private property to get a closer look at the front of the vehicle.

The bill filed by City Councilman Warren Jones says that if a vehicle’s tag isn’t visible from the street, the owner must write down that information with 2-inch tall letters and post it in a location that inspectors can easily see from the street.

Is there ANY part of our lives, persons, or property that government tyrants don’t think it can control 100%?

Folks, we are losing our liberty to capricious government a little every day.