Flynn, Chambers, and Lewis Expose “Asses” In The Media At AFPF Dream Summit

Defending the American Dream isn’t only centered on elections. : While Michelle Malkin says that “the ballot box is the best sanitizer” for squishy Republicans and left-wing politicians, we must keep the media in check since they represent the second front in this war. : Matt Lewis, contributor at The Daily Caller, Mike Flynn, editor at Breitbart.com, and Francesca Chambers, editor of Red Alert Politics, detailed the state of journalism and bias in a panel discussion in the opening day of the summit. 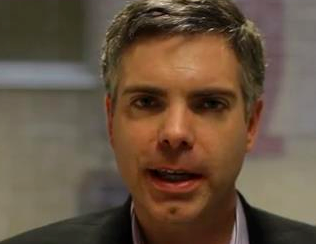 As conservatives, we know the media has a left-wing bias. : We know they omit stories, make gross speculations, and outright fabricate stories, which are then broadcasted to the masses. : However, Matt Lewis says have no fear, since Twitter is here. : The surge in blogging and use of social media has allowed ordinary citizen journalists to post stories the mainstream media ignores on a daily basis. : Twitter has been instrumental in keeping the liberal media honest. : Lewis gave an example when Reuters flat out lied[2] and said that Marco Rubio voted against the confirmation of Sonia Sotomayor for the position of Associate Justice on the Supreme Court. : The problem is Rubio wasn’t even in the Senate at the time. : Lewis likes what new media brings to the table since it’s effectively bringing to an end to the era when only “the experts” had a say in reporting the news. : Down with the old guard!

Mike Flynn reiterated such points and added that the media is against you and actively working against the interest of the American people. He recalled an atrocious incident in late 2009/early 2010 where a Tea Party rally was going on in Phoenix when President Obama visited the city. : An activist showed up with an automatic rifle to the rally, which is LEGAL in the state of Arizona. : Contessa Brewer, formerly with MSNBC, posted the photo and had a panel discussion debating whether the Tea Party was violent and racist. : The odd thing was that the photo was cropped because the activist was African-American[3]. : A key example of the liberal media pushing a false narrative for political points. : Andrew Breitbart talked about the Democrat-Media Complex. : This is it!

He detailed two more examples of media bias by omission with the story about how the media gave little to no attention to the fact that Gallup found that 55% of Americans supported the contempt vote against Attorney General Eric Holder over Fast and Furious. : He also pointed out the absurd story about how the media went into a frenzy when a Pew poll showed that Obama was ahead by ten points. It’s funny because the poll sample was skewed D+19! : Flynn remarked that we haven’t had an electorate like that since 1856 when the GOP was in its infancy. 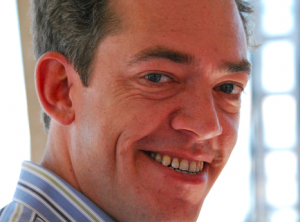 Flynn rightly said that we’re “dealing with asses in the media.” He declared that we’re our own wire services and can broadcast news via twitter or blogs, therefore, what the mainstream media says really doesn’t matter. : It’s de minimis at best. : Flynn admitted that he gets most of his news from foreign papers, in particular The Guardian, because they report on things that are often omitted here at home. : While he knows they’re left wing, Flynn credits them for being honest about their bias.

With the millennials coming of age, some younger conservatives have found it important to inform their generation about the facts on the state of affairs and not just what’s reported on The Daily Show. : Francesca Chambers, editor of Red Alert Politics, detailed stories of egregious bias with the WaPo’s hit piece concerning Romney’s alleged gay bashing in high schoo[5]l. : A story the alleged victim’s sister cannot recall. : A story that cannot be properly sourced since the person in question has passed away. : It’s sloppy journalism.

Chambers also recalled the abysmal New York Times piece, which detailed Romney’s houses[6] and had NYT reporters stalking his neighbors for quotes. : Chambers rightfully said that the media didn’t do this to John Kerry in 2004. : Last time I checked, he’s a very rich man. : She reminisced about the days when she thought the world of the Washington Post. : However, Chambers noticed inconsistencies with the reporting of conservative events that she attended. 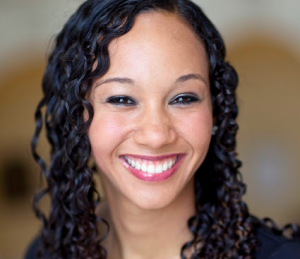 Concerning gross speculation, Francesca cited former Clinton operative George Stephanopoulos and Brian Ross of ABC News who falsely claimed that James Holmes, the culprit in the Aurora shooting, was a member of the Tea Party.[8]:  Bill McMorris of The Washington Free Beacon: cited the white pages[9] and found tons of people named James Holmes that lived in Aurora.

How did the media get so bad? : Mike Flynn blames the baby-boomers for making journalism/reporting an area for one to quench their political thirst. : To make a difference on the American political scene, even if the casualty is the truth.