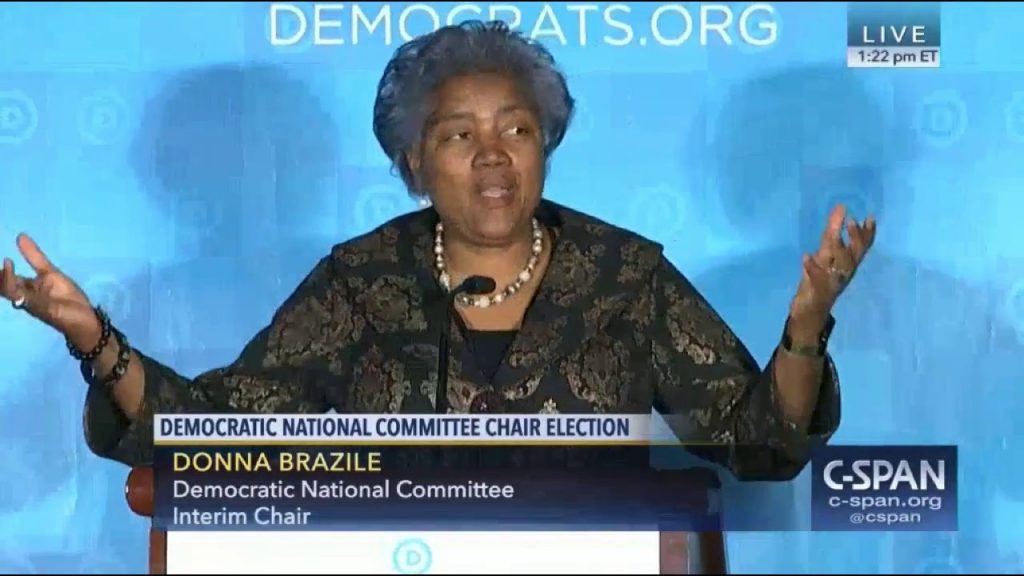 The news of Donna Brazile’s accusation that Hillary Clinton had stolen the Democratic primary away from Bernie Sanders before last year’s presidential election is either very old news (if you’re a Trump or Sanders supporter), or a shocking new revelation (if you’re one of the half-dozen people who actually liked Hillary). Brazile, when she was the interim chair for the DNC, noticed that the previous chair Rep. Debbie Wasserman Schultz had made massive changes to the financial structure of the party, essentially making them dependent on Hillary Clinton in order to continue.

As well, in her new book, Brazile is also saying that the reason they were in such difficult financial straits in the first place was that Obama had “left the party $24 million in debt.”

Not only that, but Brazile had found out that unusual hiring had taken place and that many of the consultants who were being paid out by the DNC were added on by Schultz, and that many of Obama’s favored consultants were on the payroll too. So, that’s Obama leaving them with a massive debt, but also leaving his own consultants on board to sap even more money. Then, without telling anyone else on the board of directors, Rep. Debbie Wasserman Schultz let the Hillary for America Fund and the Hillary Victory Fund take over 80% of their debt in 2016, which was about $10 million, before putting the DNC on a small allowance.

Last December, we posted a video of Donna Brazile blaming Hillary’s loss on Russian hackers[2], saying that the result of the election had been “tainted by his intrusion.” She was right to think that an outside source had attempted to steal the election from the electorate, but looking back we know that, at the time, Donna knew full well that it wasn’t Russian hackers, it was Hillary Clinton and Rep. Debbie Wasserman Schultz.

Brazile chose to release an excerpt from her book describing a phone call she made to Bernie Sanders to ‘fess up about what she found at the DNC. As for the rest of us who knew that the 2016 election was supposed to be populist in nature, with Sanders Vs Trump, we’re left without any surprise that the Bernie people are mad as hell.

Here’s a four minute video from Tucker Carlson last night, interviewing a Bernie supporter about how she feels knowing that the DNC had rigged the primary for Hillary. In the interview, he recalled to Tezlyn Figaro, a former Bernie campaign staffer, that she had expressed concern over rigging from the Democratic National Committee last year. She says that she wasn’t just working online as a keyboard warrior, but that her suspicions were based on what she saw out working on the front lines of the campaign.