In the third of the sting videos proving that Planned Parenthood illegally traffics in human body parts, the Center For Medical Progress interviews a former Planned Parenthood “procurement technician” who explains how they get the baby parts and how much money PP makes from them. 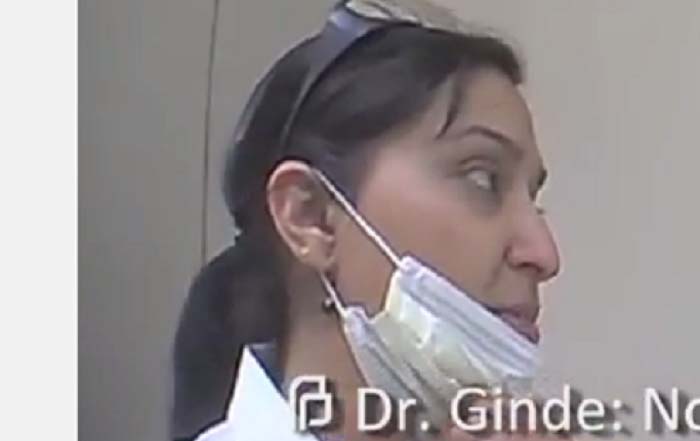 This video more explicitly than any proves that the defenders of PP are liars by showing how this murderous organization that gets billions of YOUR tax dollars kills babies to harvest them for body parts from which they make a fortune in body part sales.

The newest video[1] also shows no less a vice president of PP discussing the big dollars they make by selling dead babies.

The undercover footage catches the Vice President and Medical Director of Planned Parenthood of the Rocky Mountains (PPRM) in Denver, Colorado, Dr. Savita Ginde. PPRM is one of the largest and wealthiest Planned Parenthood affiliates and operates abortion clinics and abortion referral centers in Colorado, New Mexico, Wyoming, and Nevada.

Standing in the Planned Parenthood abortion clinic pathology laboratory, where the bodies of babies are brought after abortions, Ginde concludes that payment per organ removed from an aborted baby will be the most beneficial to Planned Parenthood: “I think a per-item thing works a little better, just because we can see how much we can get out of it.”

The sale or purchase of human fetal tissue is a federal felony punishable by up to 10 years in prison or a fine of up to $500,000 (42 U.S.C. 289g-2), though the law is riddled with loopholes that essentially allow such sales.

The second part of the new video catches Dr. Katherine Sheehan, Medical Director emerita of Planned Parenthood of the Pacific Southwest in San Diego, who describes her affiliate’s long-time relationship with Advanced Bioscience Resources, a middleman company that has been providing aborted fetal organs since 1989.

She says: “We’ve been using them for over 10 years, really a long time, you know, just kind of renegotiated the contract. They’re doing the big government-level collections and things like that

Disgusting, criminal behavior. What is Congress doing about this?