Former Secret Service Agent: Everything About the Clintons is Manufactured and Fake

As Hillary begins her media coronation as our next president, a member of the Secret Service wants us to know that everything the media says about how wonderful the Clintons are is fake, BS, false stories made out of whole cloth in order to make the Clintons seem like great folks. 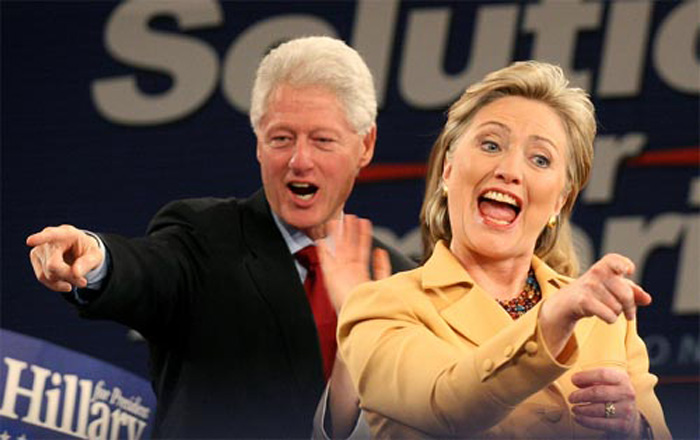 The tough job that the left has in selling Hillary is that she is a shrew, a mean, hard-hearted, harpy that no one likes in real life. The media has to spin Hillary as “relatable” so that voters will buy her BS and vote for her. But former Secret Service Agent Dan Bongino wants you all to know that everything the media says about Shrillery is all smoke and mirrors[1].

Clinton, top aides and Secret Service agents set out Sunday on a road trip to Iowa in a van the media reports Hillary dubbed “Scooby.” CNN’s Jeff Zelany reported Clinton aides said Hillary dubbed the van “Scooby” Sunday “because it reminds her of the Scooby Doo Mystery Machine from the classic television cartoon.”

Bongino, who was assigned to the Clinton detail during her initial New York Senate run, disputed the characterization that Clinton spontaneously came up with this nickname.

In his 2013 book “Life Inside The Bubble,” Bongino described the 2000 Clinton Senate campaign vehicle as “a two-tone brown Ford conversion van, which was far different from the fleet of black limousines the president and his family typically use. Within the Secret Service, the vehicle became affectionately known as ‘Scooby-Doo’ due to its brown color.”

Bongino, a former Republican candidate for Congress, wrote on his Facebook page, “In isolation, I wouldn’t hesitate to laugh about this and chalk it up to a humorous coincidence but, with the Clintons, nothing is coincidence. Everything with the Clintons is manufactured, even Mrs. Clinton’s ‘nickname’ for her van.”

“Are you ready for Hillary? If so,” Bongino continues, “then get ready for an entire campaign season of deception, fabrication, untruths, mistruths, spin, and verbal judo the likes of which you’ve never seen before.”