Lee Edwards at the Heritage Foundation has a great piece debunking four of the biggest lies the left tells about Ronald Reagan and what he wrote is something you need to know when you are arguing against a leftist who *thinks* he knows history. 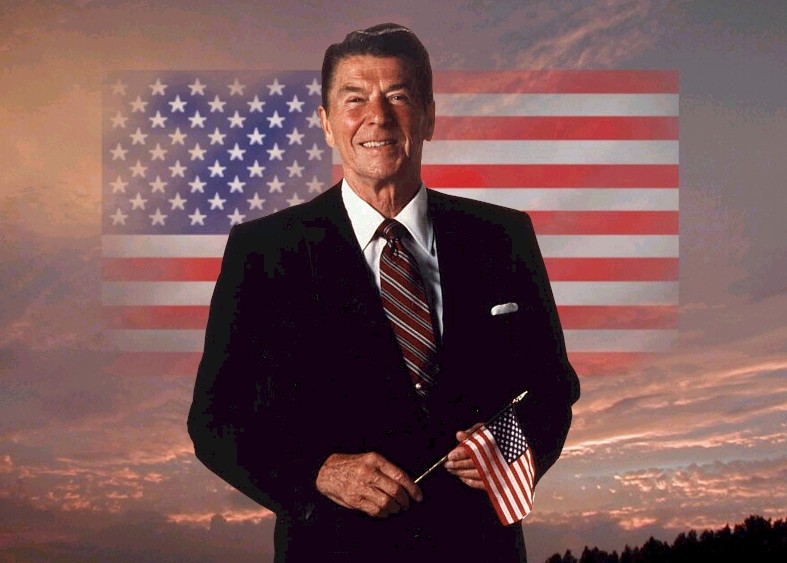 Liberals love to bash Reagan claiming he made the world less safe, grew government, and was an enemy to “the poor.” But Lee Edwards says[1] that to the contrary that Reagan was one of this nation’s greatest leaders.

Liberal Myth No. 1: Reagan’s dangerously belligerent foreign policy had little to do with the disintegration of Soviet Communism. Mikhail Gorbachev was the leader most responsible for bringing the Cold War to a non-nuclear conclusion.

Edwards says that to the contrary, with his support of America’s military growth and his support of freedom and liberty worldwide, Reagan actually limited aggression across the world and even eventually toppled the Soviet Empire, the most belligerent nation in the world at the time.

Liberal Myth No. 2: The ’80s were a decade of greed that benefited only the wealthy and overlooked the middle class.

In fact, Reagan created an economic recovery that lasted into the terms of three future presidents.

Liberal Myth No. 3: The federal government continued to grow and expand under Reagan, who callously tripled the national debt.

“If we examine the economic report cards of postwar presidents from Truman through Reagan, according to Harvard economist Robert Barro, Reagan easily finishes first,” Edwards says.

Liberal Myth No. 4: Reagan was a cynical, calculating politician who used “states’ rights” to win the 1980 election and paid little attention to African-Americans as president.

Edwards says: “The African-American columnist Joseph Perkins has calculated that black unemployment fell from 19.5 percent in 1983 to 11.4 percent in 1989. The income of black-owned businesses rose almost one-third between 1982 and 1987. The black middle class grew from 3.6 million to 4.8 million during the Reagan years, while the cash income of black households (adjusted for inflation) rose by 12 percent. By contrast, the median income of black households fell by 2.2 percent during the Obama years from 2010 to 2013.”

Go over to The Heritage Foundation and read Mr. Edwards’ in depth replies[2] to these lies.

Edwards is a presidential historian and has written books on Reagan, Barry Goldwater, and Edwin Meese among others.