A gay hotel owner is striking back against the hate being directed against him by gay extremists after he dared to even have a single conversation with Republican Senator Ted Cruz. 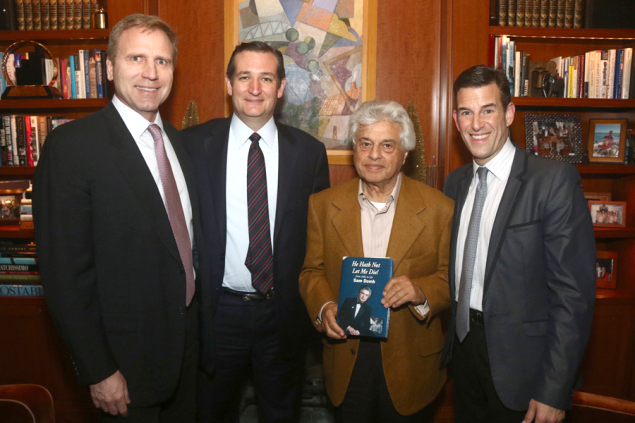 Last month gay hotel owner Mati Weiderpass had a meeting to talk with Senator Ted Cruz about gay issues. After the meeting he posted about it to Facebook. Then the creeps, scumbags, and vicious haters in the gay community went wild with fury that the hotel owner dared to even talk to Cuz.

This hotel owner is an out and proud (and registered Democrat) gay man who has held many gay events at his hotel. But despite his decades of service to the gay community, one conversation–and he stresses it was a conversation and not a fundraiser–with Cruz and the gays have turned against him.

His hotel business was attacked, protests organized, events canceled, and he was excoriated by gays. Now he’s striking back against these creeps in a new op ed[1].

Since hosting a discussion with Texas Senator Ted Cruz in my home, I have been inundated with hateful, biased social media messages, and attacks from gay extremists (do I dare say the word?) who demand inclusion, but do not believe in dialogue. I know in my heart that these attacks do not represent the rich culture and diversity of the gay community. Yet, in our community, as in so many others, the most vocal often dominate the conversation. I hope this op-ed will help heal wounds and continue necessary progress and discussion.

It is amazing that my businesses are being boycotted by some because I hosted a discussion with an elected official. Not a fundraiser. Not an endorsement. A dialogue. What would we say if the Jewish community organized a boycott of a business leader who hosted a private discussion with an important Muslim politician? We know the answer. I am a longtime leader of my community – and proud of who I am and what I have accomplished.

Boycotting me for a discussion? Since when have we grown so small and intolerant?