Golfer Bubba Watson has stuck his nose into the Confederate flag fauxtroversy by saying that to prove his PC bona fides he is going to purposely destroy one of the original cars that appeared in the TV show “The Dukes of Hazzard.” 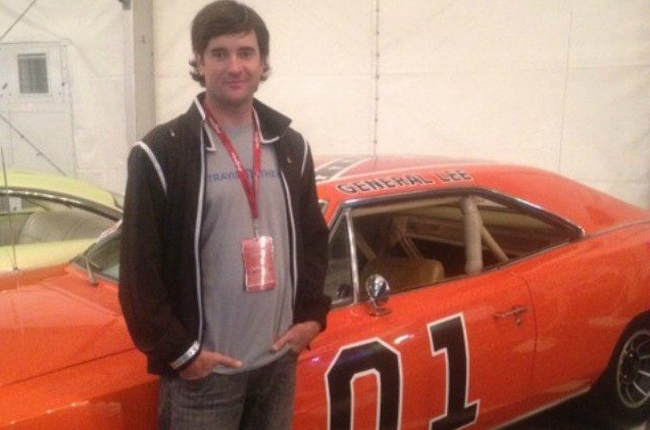 This nitwit spent over $100,000 to buy one of the cars actually driven on the TV show, but now he’s going to destroy it by painting over the original paint job that makes it the TV show car because he is suddenly all upset about the Confederate flag… yeah, the same flag that has been around for 155 years, now.

Robert Wilde of Breitbart has the story[1]…

Long-hitting PGA Tour standout Bubba Watson announced that he will paint over the Confederate flag on top of his Dukes of Hazzard official General Lee Dodge Charger that he bought for $110,000 at an Arizona auction in 2012.

Watson plans on painting an American flag on top of the car to replace the General Lee’s Confederate symbol.

Last week’s winner of the Travelers Championship and two-time Masters victor tweeted on Thursday the reason he decided to give the 1969 Hemi classic a makeover.

Nothing like destroying an original TV prop to satisfy your PC lunacy, eh “Bubba”?

This is like someone buying an historic building just to tear it down, or buying a priceless historical artifact and destroying it.

In fact, what makes Bubba Watson any different than ISIS for destroying historical artifacts he doesn’t like?