Democrats are struggling to find the next leader of the party, but the old guard is still hanging around. There’s a problem, though — from Bill and Hillary Clinton, to Nancy Pelosi, Joe Biden and John Conyers, Democrats are overwhelmingly older, in their 70s and 80s. Most of them are career politicians too and for some voters, they’re fed up. Dianne Feinstein especially should be very, very worried[1]. 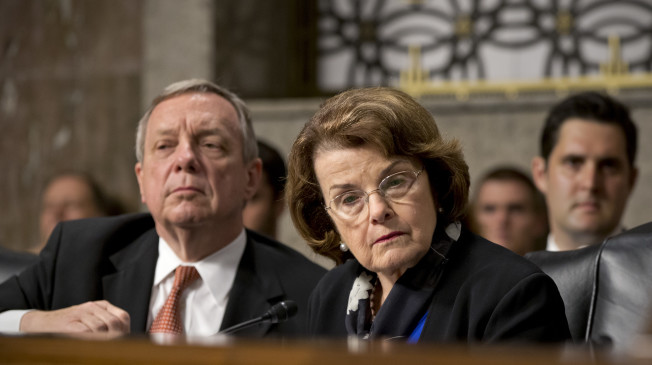 Feinstein has been in elected office since 1970, when she was elected to the San Francisco Board of Supervisors. That’s a whopping 47 years as a politician, with 25 of those years served as a Senator for the state of California. While fellow California liberal Barbara Boxer decided to step down after 33 years in office, Feinstein shows no signs of doing the same, even though she will be 84 years-old this year.

California voters, though, may not give her a choice in the matter.

Poll Director Mark DiCamillo still thinks voters will support her, though. “All in all, voters would be inclined to support her if she did run,” he said. The sad thing is, that’s probably true.

Do you think Feinstein should step down?