Democrats are not having good luck lately on the technology front — they keep getting hacked! But this time, it wasn’t just Hillary Clinton who was hacked. It was Democrats in Congress. 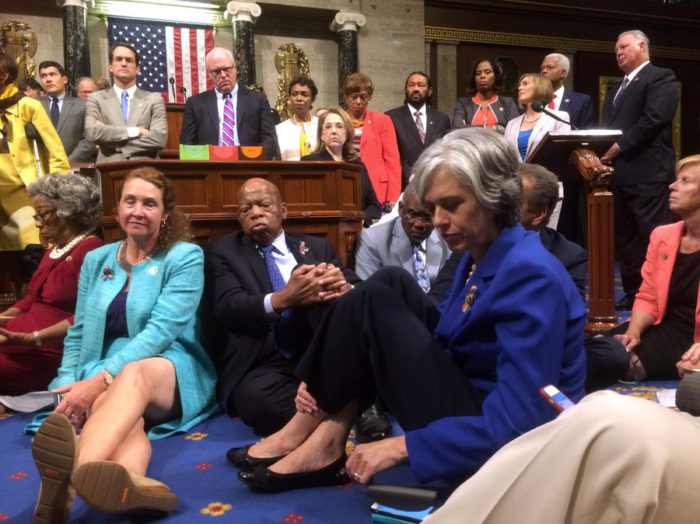 Hacker Guccifer 2.0 has just released a new batch of Democrat documents, including emails and cell phone numbers from every Democrat member of Congress, and passwords from the Democrat Congressional Campaign Committee (about which the hacker snarks, “the complexity of the passwords leaves much to be desired”).

Also included are a whole mess of documents from Nancy Pelosi’s computer, such as memos and campaign talking points.

Guccifer frames his latest leak as retaliation for, among other offenses, the Democrats rigging the election against Socialist presidential challenger Bernie Sanders:

As you see the U.S. presidential elections are becoming a farce, a big political performance where the voters are far from playing the leading role. Everything is being settled behind the scenes as it was with Bernie Sanders.

I wonder what happened to the true democracy, to the equal opportunities, the things we love the United States for. The big money bags are fighting for power today. They are lying constantly and don’t keep their word. The MSM are producing tons of propaganda hiding the real stuff behind it. But I do believe that people have right to know what’s going on inside the election process in fact.

Ironically, Bernie himself wasn’t as offended as Guccifer is on his behalf…but then, Bernie was well compensated for the deal.

Oh, and he ends things with an offer:

Dear journalists, you may send me a DM if you’re interested in exclusive materials from the DCCC, which I have plenty of.

The real question, then, is how many reporters will be curious enough to take him up on it, and how many will decide to look the other way, solely out of devotion to their ideology.

It would be very interesting to know what’s in those files. But considering that the media is in the tank for Hillary, it seems unlikely that they’ll chase this down too much.