Democrats suffered brutal losses in November. They not only lost the White House, but also lost governorships across the country and handed Republicans control of both houses of Congress. The party has been floundering ever since. So now they’ve come up with a new plan to rebound from their humiliating losses: a so-called “summer of resistance”[1]. 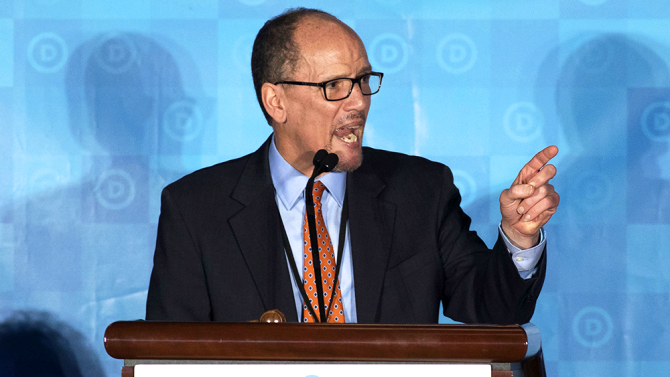 Democratic National Committee chair Tom Perez has announced that they will be holding summer camps across the country, calling it their “Summer Resistance” program. “There has been an explosion of activism and energy after the election of Donald Trump, and we need to turn this moment into a movement,” he said in a statement. “As the Democratic Party, it is our role to support this activism and energy, and convert it into electoral wins up-and-down the ballot by making sure state parties have the tools and resources they need to succeed.”

The DNC will also be giving grants to state party programs. “The program is a competitive matching grant program, where the DNC will approve and fund programs that will be executed by state parties,” the press release explained. “Recognizing that a one-size-fits-all approach is ineffective, each grant proposal will be unique to the state’s strategic priorities and organizational capacity. Part of these plans must incorporate, where legally possible, partners and allies.”

DNC Deputy Chair Keith Ellison also echoed the “resistance” theme, saying, “The best way for Democrats to turn the #Resistance into electoral wins is by doing one thing: organizing.”

“Resistance Summer is the starting point and will take the Democratic Party’s message of fairness and equality to activists on the front lines and all Americans looking to get engaged,” he continued. “The American people want affordable health care for all, good jobs that pay well, and a tax code that rewards hard work.”

Yet somehow, Democrats have not been successful in special elections, despite the so-called explosion of enthusiasm and activism. This desperate attempt to revitalize the party seems destined for failure.