This is fear mongering and racism in its most base form. Disgusting. A Leftist group named the Dream Defenders warns blacks, if you don’t vote, you’ll need a bullet-proof vest. Watch it, because the cops are gunning for you and may shoot you down in the street. The message is clear… you don’t want to be another Michael Brown or Trayvon Martin, right? Vote and screw the racists[1]! 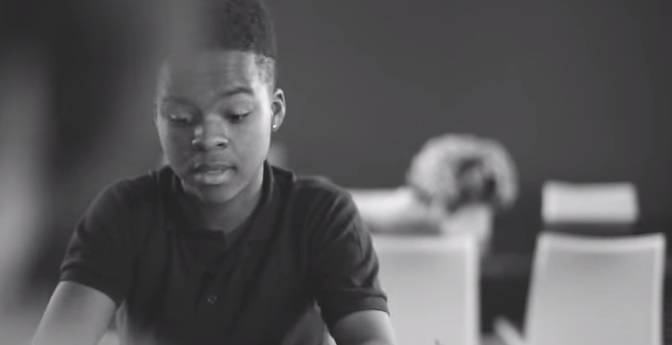 The Daily Caller[3] has more on the ad.

Dream Defenders, the group behind the ad, first gained national attention last year when it held a 31 day protest at the Florida state capitol following George Zimmerman’s acquittal in the shooting death of Trayvon Martin.

The group’s executive director is Phillip Agnew who is paid as an organizer by Service Employees International Union[4], one of the largest labor unions in the country. The group has also received funding from the Tides Foundation[5], a non-profit group partially financed by the billionaire Soros.

Gee… I’m so surprised the Union of Organized Thugs, SEIU, is in the midst of all this. It’s also no shocker that George Soros, the old spider, has his web all wrapped up in funding this thru the Tides Foundation. Painting the police as vigilantes and the bad guys instead of speaking the truth that these shootings involved criminal delinquents. Using the race card to garner voters and gin up racial and class division is a monstrous, unspeakable evil.

“Did you study?” an African-American mother asks her son, in the ad which the group published to its site[7] and to YouTube.

“You know baby, I’m going to need you to wear that vest today,” the mother says.

“I need to know when I’m at work that you’re going to be safe,” she says as she straps a bullet-proof vest onto her son.