A handful of conservatives in the House of Representatives have been agitating to stop the leftward drift of the Republican Party. But their efforts are not appreciated by the left-leaning Republican power structure and their leader, House Speaker John Boehner (R, OH), has been using his power to destroy them. Here are the eleven Republicans the establishment GOP is aiming to destroy. 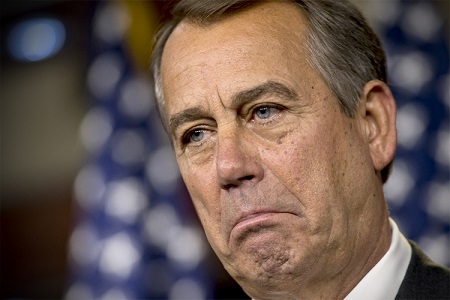 There are a very few conservative leaders in Congress. Boehner does us a favor by highlighting just who those leaders could be…

As the Heritage Foundation notes[1], “Over the last few years, 11 Republicans have been punished by for bucking party leadership. Here’s who they are:”

So, with liberals out there to be targeted and their policies destroyed, our “Republican” establishment power structure is more interested in attacking and destroying other Republicans.