Comedian and social commentator Steven Crowder does it again with a great video showing the hypocrisy of the exercise chain Planet Fitness with its foolish transgender policies. Crowder decided to dress like a transgender person and took a hidden camera to see how Planet Fitness would treat him. The results are hilarious, but also instructive. 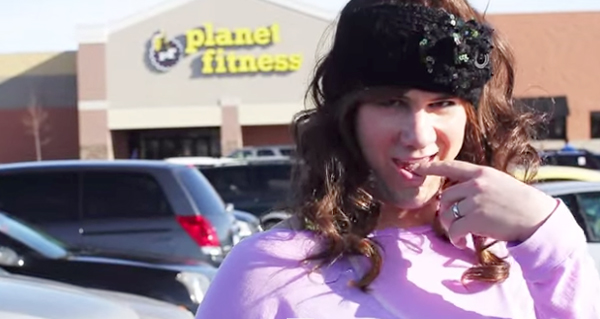 Crowder is thrown out of one local Planet Fitness and barred from another, but why? Take a look and see…

As Crowder explains it[1]…

This week was a big week for controversy. Starbucks went full racist, Hillary deleted emails, but even more strangely, a man-turned-woman (kind of) decided to use the ladies changing room at Planet Fitness. That’s not the controversial part. One woman, noticing a man in the ladies room, complained. She was kicked out of the gym for being “judgmental.” A national dialogue ensued.

This week, in my own hidden camera experiment, I decided to become a woman, go to Planet Fitness and figure out just how far their “no judgment policy” really goes…

A clear case of discrimination. After all, how DID Planet Fitness justify throwing Crowder out? This is proof that the “policy” is a fly-by-the-seat-of-their-pants farce.