Unintended consequences galore…[1] consequences that anyone with even a passing understanding of economic theory saw coming. But those on the Marxist Left either can’t grasp the most basic components of economics, or they want economic upheaval, or they just don’t care. Small businesses supply the majority of jobs in the US. But they have to make a profit to keep their doors open. If you mandate an exceedingly high minimum wage, they either have to let employees go, charge exorbitant rates or close their doors. San Francisco is seeing that first hand as Borderlands Books closes their doors and walks away. 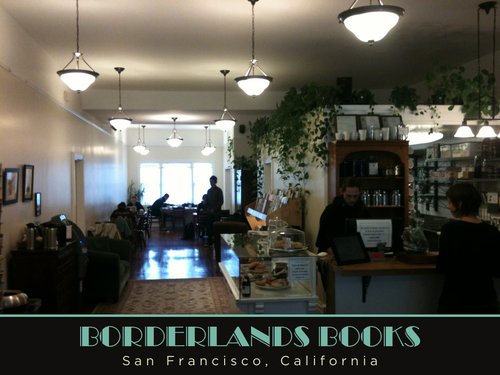 The Left, as well as most Democrats, favor and regularly call for an increase in the minimum wage. They argue that inequality is growing, that families earning the minimum wage cannot support themselves at the current rate, and that the best way to address the issue is to build up pressure for a mandated wage increase.

They are correct that growing income inequality and the widening gap between the rich and the rest of the country have to be addressed. Reform conservatives have in fact addressed the issue for some time, as in this article by Matthew Continetti[2], and this one by Pascal-Emmanuel Gobry[3]. Perhaps one of the most insightful articles by a conservative on the issue is this piece by Prof. Patrick Gerry[4] of the University of South Dakota.

Conservatives by and large have made the argument that increasing the minimum wage will not solve the problem, but will only make it harder for lower income people to get beginning jobs, and will adversely affect students who have to work while in college or during the summer. Most have used this argument, made here by economist Stephen Bronars[5]. On the other side, Ron Unz[6] has waged a campaign in favor of raising it to $12 an hour.

This is already a large increase from the federal minimum wage of $7.25. I understand the need to raise the minimum wage, but wouldn’t it make more sense to do it over a number of years, taking inflation into account? To instantly raise it by a very large amount will produce a new set of problems that the Left does not want to address.

A few days ago, ABC 7 News[7] in San Francisco reported that Alan Beatts, owner of the popular independent bookstore Borderlands Books, announced that he was shutting its doors. The reason he gave was the ballot initiative, passed in the previous mid-term elections, which mandated that the minimum wage be raised to $15 an hour by 2018. While the rest of the nation focused on the incredible Republican victory in the midterms, “progressive” activists bragged that in the cities and states, their campaigns and protests worked, as regular citizens voted on behalf of their agenda.

After running the numbers, Beatts determined that he could not afford the increase which would put him in the red. He had survived the birth of Amazon and San Francisco’s current minimum wage of $11.05 per hour, but $15 was the tipping point for him. (You can see him explain his decision in more detail on Morning Joe[8].)

Unfortunately, those who worked there will be joining the ranks of the unemployed.

In his case, the small bookstore has only five employees including Beatts, three of whom get the minimum wage. He pointed out that book stores will be especially hard hit, because they won’t be able to absorb the increase gradually by raising prices: the prices are already printed on the book. But it would also affect other small businesses, including auto body shops, gas stations, mom and pop stores, shoemakers, etc. In the future, if not sooner, San Francisco may find large numbers of people previously employed and paying taxes to the city unable to find employment, and now adding to the expenses of the city and state.

I believe in a fair wage, for fair work. But you should not be mandating what a business pays their employees in this fashion. The market has a way of policing itself. In this economic environment, declaring that businesses have to pay their employees as if we are in a golden age, when in reality, we are in a depression, is sheer madness. It’s guaranteed to close businesses and add to the unemployment roles. You can only tax people so much, before they cave and fold. You can only require a business to pay so much to their employees and to the federal government before their livelihood and incentive to stay open is gone. Entrepreneurship is being crushed, a la Atlas Shrugs. Where is John Galt?