In yet another example of how the extreme, un-American, hate-filled left has fully taken over our system of miseducation, an advanced placement history guide has been found claiming that African American Supreme Court Justice Clarence Thomas is in the same class as the Ku Klux Klan. 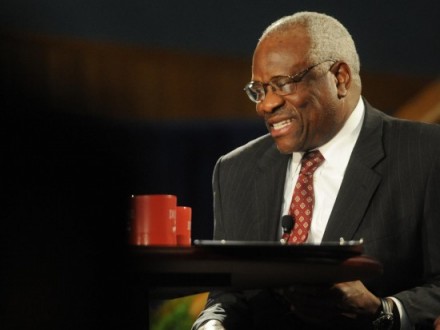 It’s an example of how our school system needs to be torn down and rebuilt as an American institution instead of the left-wing indoctrination center it is now.

Eric Owens has the story today[1]…

The latest version of a top-selling study guide for the Advanced Placement European History exam explains the French Revolution with a chart which identifies Supreme Court Justice Clarence Thomas as a fascist and pairs him with the Ku Klux Klan.

The chart moves politically from left to right.

The far right of the chart is labeled “fascist.” The authors demonstrate modern-day “fascists” by pairing “Clarence Thomas and the KKK” in the same box.

Here are some photos of the guide showing the section Owens reported about: 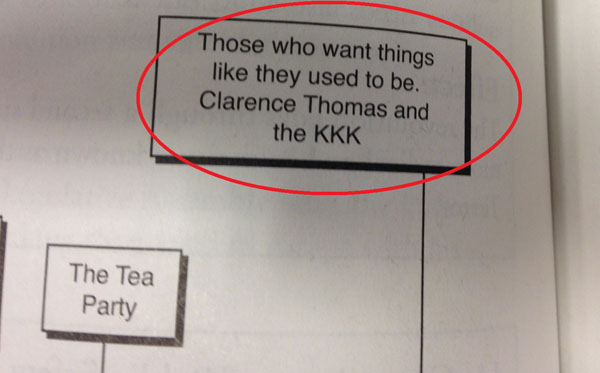 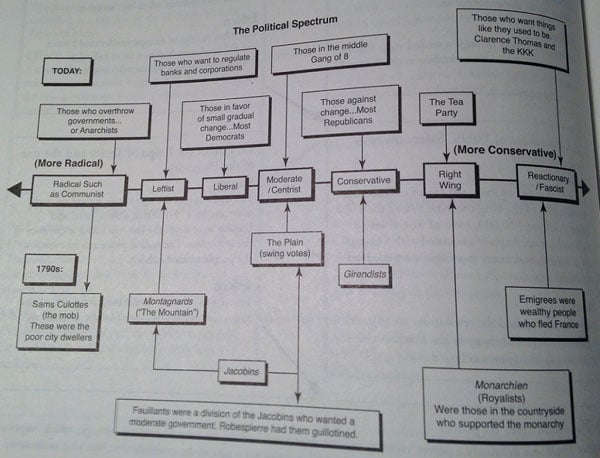 Sadly we can blame ourselves for the failure that our schools have become. For nearly 100 years we conservatives have totally ignored our schools abandoning them to the far, far left that has had designs to destroy America one student at a time since the turn of the 1900s.

It’s no wonder we’ve lost America since every year kids are disgorged by the millions from schools as good little anti-American socialists and attend schools where they never even hear a pro-American word.

We can’t start turning this society around until we re-invest conservatism in our schools and begin to teach why America is great to our kids.