High School Assignment Forces Kids to ‘Pretend You Are A Muslim’

A high school in Wisconsin is forcing kids to write a paper imagining that they are a Muslim in the USA. So, uh, WHERE are the religion hating atheists to attack this school? Or do atheists only hate Christians? 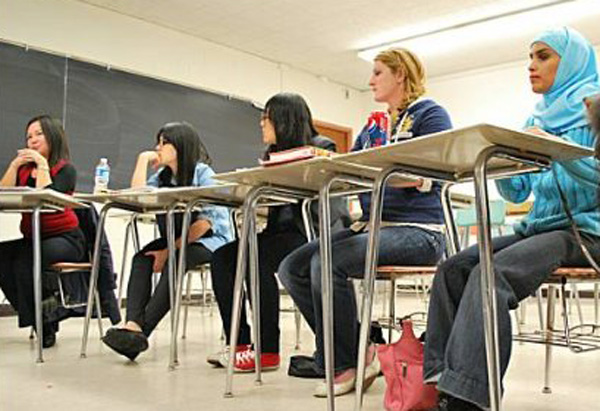 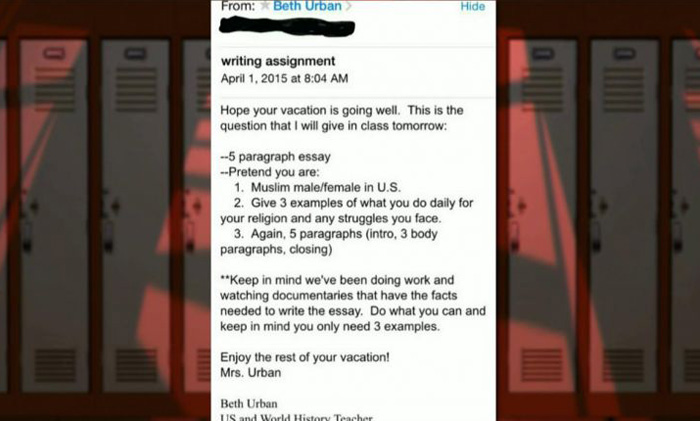 Union Grove High School teacher Beth Urban asked students to write a five paragraph essay in which they pretend they are a Muslim male or female in the U.S.

“Give three examples of what you do daily for your religion and any struggles you face,” Urban instructed.

The assignment has some questioning why this is part of a World History class and also if similar assignments were given for other religions.

“I wonder if any of the kids who took that assignment … and wrote down, for instance, what Sharia law is?” Steve Doocy remarked on “Fox and Friends” this morning. “And if they did, I wonder what their grades were.”

Imagine if the school had said “pretend you are a Christian in America today”? The atheists would have made this national news.

Then again, that would never happen because the liberals that infest our schools would NEVER allow Christianity to become part of an assignment in our schools.