African American protesters in Baltimore so care for victim Freddie Gray that they organized a protest in Baltimore today. Only one little problem. All their professionally printed signs spelled Gray’s name wrong. 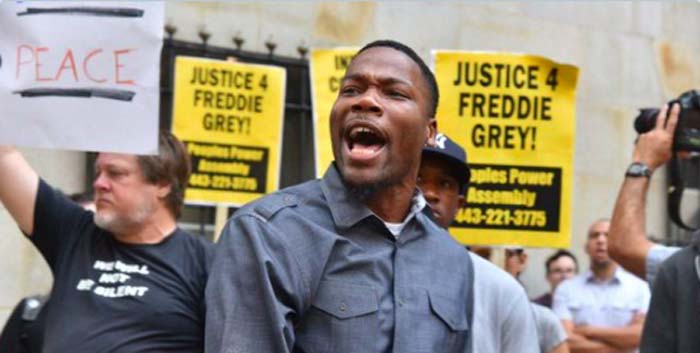 You’ll recall that Freddie Gray died in police custody earlier this year and the politically motivated District Attorney is now prosecuting the cops for Gray’s death.

Several “black lives matter” groups have been protesting the cops’ treatment of Gray for months and today they organized a protests with super-cool-o signs and everything.

Only they spelled Gray’s name “Grey” on their signs…