Ya gotta love this. Dozens of residents of Tennessee who knew that Barack Obama’s motorcade was driving by rushed to the streets to wave Confederate flags at him as he drove by! 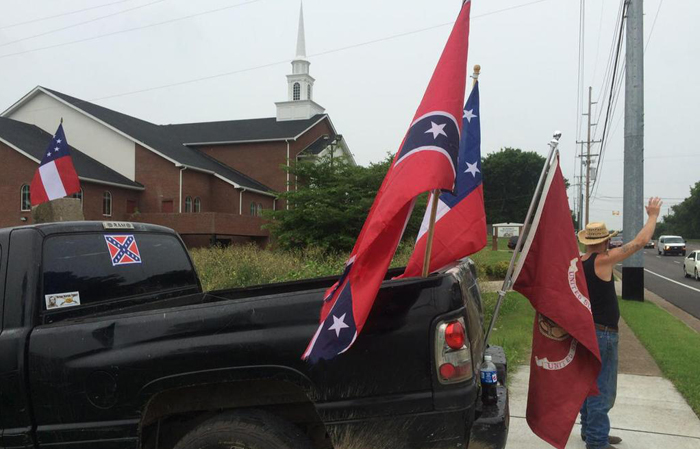 If there’s one thing we know by now, it’s that some people in the South love their Confederate flags, so a bunch of people in Tennessee decided to greet President Barack Obama’s the only way they know how.

Obama was at the Stratton Elementary School in Madison to deliver a speech on his health care law, and several people lined the street, waving Confederate flags.

Some also were holding the flag along Obama’s motorcade route as he returned to the airport after his speech, according to The Hill.

I REALLY want to move to Tennessee.